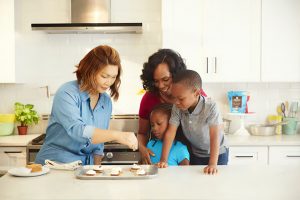 According to a recently released Redfin report, America is facing a  racial divide when it comes to housing purchasing amid the pandemic. Specifically, an analysis of Redfin data said that Black homebuyers across the nation, many of which are less likely to have the opportunity to work remotely from home when compared to their white counterparts, are being met with much higher home price tags than white homebuyers who are now migrating to the more affordable suburbs, largely to work remotely from home.

According to data, only 20% of Black workers can do their jobs remotely, while 30% of white workers are able to do so. This places Black homebuyers at a severe disadvantage when home hunting. Redfin revealed specifics, reporting that the price tags for homes available for purchase in neighborhoods where Black borrowers purchased homes last year (2019) rose 7% just two months ago (in July). This rise is 1% higher than the price tags present last year in the neighborhoods where the majority of buyers were White.

The disparity was further revealed by data showing that since the arrival of the pandemic to the United States in May, the amount of home sale transactions dove 15% from this time last year in those neighborhoods where Black buyers purchased houses. In contrast, and far less affected, the number of purchases in neighborhoods where white buyers purchased houses only fell 13%. Pre-pandemic statistics also showed a disparity with home sales back in February of this year, as although the numbers were up in both types of neighborhoods, the amount of purchases by White buyers rose a staggering double the amount as those by Black counterparts (8% and 4% upticks, respectively).