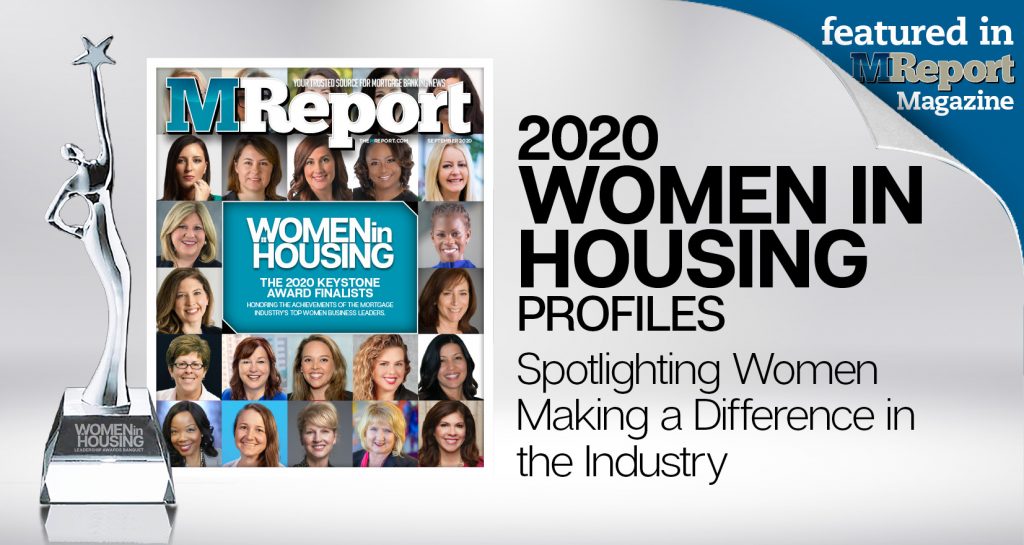 In a year of challenges, it’s all the more important to recognize excellence. One way we do this at MReport is our annual September Women in Housing issue. Packed with content driven by female mortgage leaders, within this edition we also announced the 2020 Women in Housing Award finalists.

Throughout this week, we are rolling out profiles on the women who were recognized as finalists in each of the five categories. Today we bring you the finalists for the Diversity & Inclusion Award. This award honors those who have successfully broken barriers and helped lead the charge in developing diverse workplace cultures by fostering inclusive and welcoming environments for people of every color, creed, and gender to prosper and achieve over adversity. Finalists must have a minimum 10 years’ consecutive industry experience to qualify for this award.

To read the rest of the finalist profiles click here—and stay tuned to the October issue of MReport where we will reveal which of these deserving women will take home the Diversity & Inclusion award. 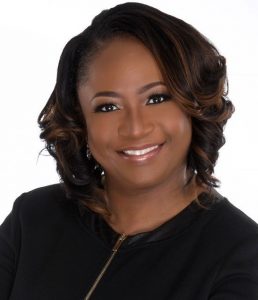 At a time when the national attention has been forced to consider long-simmering problems of racial disparities across the socioeconomic spectrum, Cerita Battles’ work with JPMorgan Chase has taken on a greater sense of urgency. Battles is responsible for leading the company’s efforts to formulate and implement strategies to grow and strengthen homeownership opportunities among people of color and low- to moderate-income households. This mission involves both an external outreach to builders and real estate professionals to put a new focus on these often-overlooked demographics and to potential borrowers through financial education and homeownership counseling and an internal mission to solidify JPMorgan Chase’s commitment to diversity in hiring of sales staff.

“African Americans need to have the confidence and knowledge to recognize that they can be homeowners, and that a lender ... truly wants to help them meet their homefinancing needs,” Battles said in an interview with the NNPA Newswire.

This year has been particularly challenging for Battles’ and her mission, as the COVID-19 pandemic has taken a disproportionately high toll on nonwhites. Despite the stress and turmoil brought by the pandemic, Battle pushes ahead to ensure her work is not derailed.

“It’s imperative that we understand the impact the coronavirus economic crisis could have on certain segments of the population, especially minority communities,” she said. “And we know the more we position ourselves from a leadership perspective to serve people in need, the more we can help them navigate and rebound in these unprecedented times.” 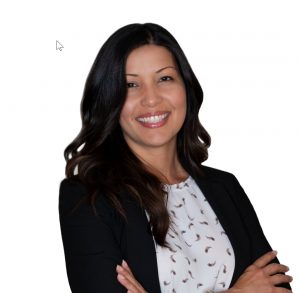 When Leisha Delgado launched Hello Solutions in 2017, she had a considerable understanding of the mortgage servicing industry through a diverse career path that included work as VP of Client Development at the technology and outsourcing provider Assure360, as a Relationship Manager at the software provider Clarify, and as an Account/Project Manager at Nationwide Title Clearing, where she served as a liaison for top lenders and loan servicers to improve loan default performance.

With Hello Solutions, Delgado focuses on connecting default servicers and investors with high-quality, high-performance attorney firms. Her company’s website promises to create relationships “based on integrity, operational excellence, and customer-centricity.” For her work in the servicing sectors, Delgado has been named one of the "Top 25 Women of Law" in both 2018 and 2019 by DS News.

Outside of mortgage servicing, Delgado is the founder and driving force behind Puerto Rico Project Hope, a relief-focused nonprofit that she launched after Hurricane Maria devastated Puerto Rico. Her initiative resulted in the creation of “virtual hope boxes” that included water filtration systems, solar-powered cell phone chargers, batteries, food, and first aid for the beleaguered Puerto Rican residents who were left without power in the hurricane’s aftermath.

Delgado has also been a source of inspiration in speaking openly about her fight against Stage 3 breast cancer. Now in remission, she declared that cancer would not derail her life.

“I decided I wouldn’t allow it to take away the things I could control: my business and my happiness,” she said. 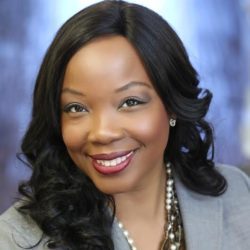 Lola Oyewole joined Ocwen in 2015. Shortly thereafter, the company launched its diversity and inclusion program. Ocwen views diversity and inclusion as a strategic priority and has been continuously strengthening its diversity and inclusion programs in order to develop the necessary infrastructure, culture and goals to promote and sustain an inclusive work environment. Oyewole has also been at the helm of the Ocwen Global Women’s Network, an affinity group that launched in 2017 with the goal of supporting the recruitment, retention and development initiatives for women within the company. In 2018, the company launched a program called Aspire to foster the mentorship of mid-level female leaders and to continue increasing female presence in executive leadership roles. “Aspire allows women leaders to tap into the knowledge, skills and experience of executives in order to facilitate professional development,” said Oyewole. She also currently serves as the Chair of the American Mortgage Diversity Council.

In a January 2019 interview with DS News, Oyewole stressed that it was crucial for companies to recognize that people could be practicing biases without even realizing what they were doing.

“Being aware that unconscious bias affects every area of our lives is key,” she said. “Education is a good first step; it is important to train team members on what unconscious bias is so that they are fully aware of how biases show up and how it affects us in our daily interactions with each other. Ocwen provides mandatory unconscious bias training for all employees. Organizations can also develop objective indicators and outcomes for hiring, evaluation, and promotion. They can ensure that there are consistent criteria used to assess performance evaluations.”

Oyewole added she is grateful to have made a positive impact in the lives of many professionals.

“If I can help to unlock someone’s potential and bring that out, it is very satisfying,” she said. “I also enjoy transforming cultures and improving the overall work environment. It’s hard work but when you see positive changes it is well worth it.” ” 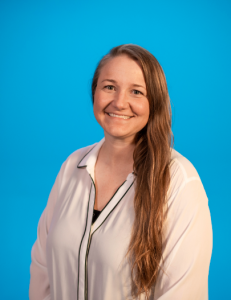 Stanley grew up in Wylie, Texas. She graduated from Rice University where she also honed her skills as a team player on the university's basketball team. She has worked at Mr. Cooper since 2012. Prior to Mr. Cooper, she worked at Nationstar Mortgage for over five years. Mr. Cooper has strong history of making diversity and inclusion a priority, and it is paying off with team members like Stanley who have picked up the torch and run with it. Mr. Cooper is Great Place to Work-Certified™, and the company’s diversity mission is “cultivate, nurture and maintain a culture of acceptance and inclusion where team members feel empowered to be their authentic selves each and every day.” 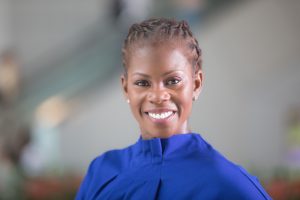 Jacqueline Welch drives the business forward with her promise to “never lose sight of the humans we serve as Human Resources.” Her influence as a strategic business leader is driven by her human-first engagement practices where she activates employees, suppliers and our community partners to be at their best. An approach much needed in our current environment where we are facing both a public health pandemic and a racism pandemic.

"I firmly believe that a company is only as good as its people, and Freddie Mac is no different," Welch said. "It's vitally important that we enable our diverse perspectives to drive the execution of the company's top goals in service of our mission to make home possible.

During Welch’s tenure, she created Freddie Mac's board-approved inclusion and diversity (I&D) strategy that integrates I&D into all business activities. She also works to maintain Freddie Mac’s position as a majority-minority company by addressing potential bias in systems and democratizing I&D for all employees.

As she told Profiles in Diversity Journal: “There is an African proverb that says, ‘If you want to go fast, go alone. If you want to go far, go together.’ This proverb speaks to many things, including the importance of relationships and the value of cultivating an inclusive mindset.”