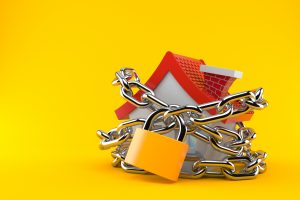 As enhanced federal unemployment benefits and the eviction moratorium come to an end, some workers are returning to work only to discover that no matter how much they work, a minimum wage job cannot earn an affordable rent payment in any state.

According to a new report authored by Jacob Channel, Senior Economic Analyst for LendingTree, owning a home is less affordable for full-time minimum wage workers than renting one.  On average, an affordable payment for minimum wage workers is $1,074 less than the median monthly housing costs paid by a homeowner with a mortgage.

“Though it’s cheaper than owning a home—at least when you’re still paying off a mortgage—renting is unaffordable to minimum wage workers in every state,” Channel said. “Across the nation, the average difference between an affordable monthly housing payment and median gross rent is $533.”

The best place for a minimum wage worker to own a home is Arkansas where the minimum wage is $11 an hour. Workers there could afford a $572 monthly payment—but the median homeowner pays $1,094 per month, leaving workers to come up with a difference of $522. 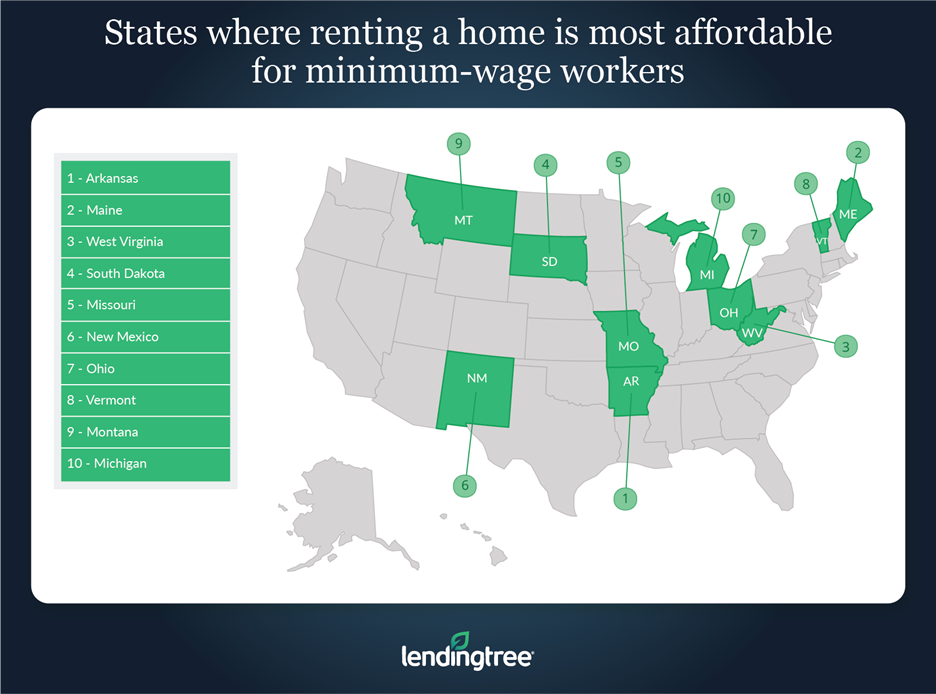 The least affordable place for a minimum wage earner to own a home was found to be in Hawaii. With a minimum wage of $10.10 an hour, a worker could afford a monthly payment of $525. However, with a median payment of $2,472, workers would need to make an additional $1,947 per month.

The situation does not get much better for renters on minimum wage.

Arkansas again was the best state to rent for minimum wage workers. The median rent for the state is $742 meaning workers would have to come up with a difference of $170. 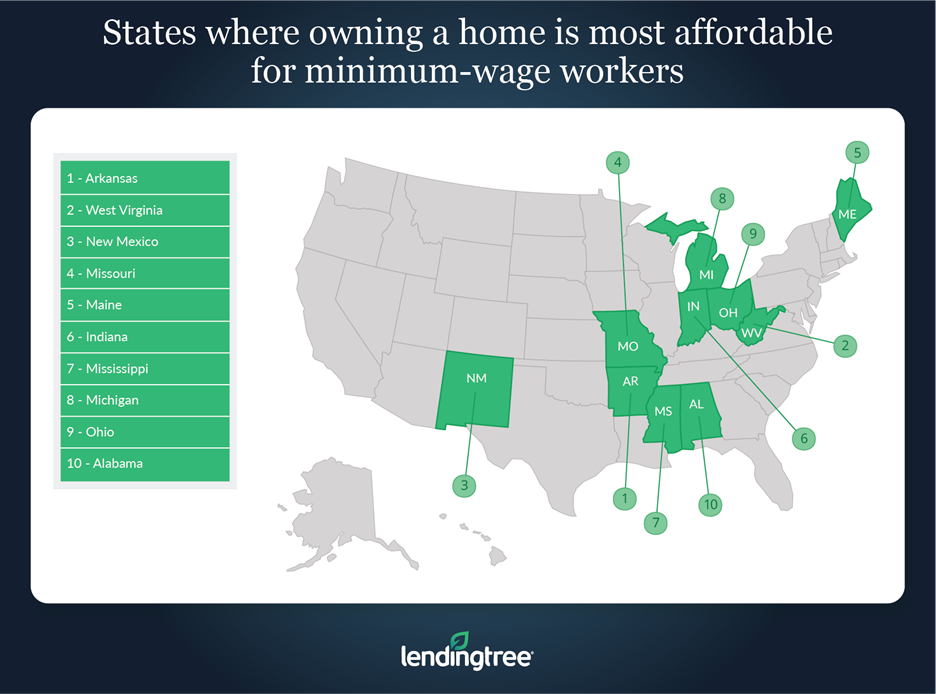 Channel said that raising the federal minimum wage will improve the situation, but owning a home or renting will still be too expensive for everyone.

“To remedy part of the financial burden placed on those earning minimum wage, some—including President Joe Biden—have called for raising the federal minimum wage to $15 an hour,” Channel said. “If this were to happen, then median-priced housing would remain unaffordable for minimum wage workers across most of the country. For example, by increasing the minimum wage to $15 an hour, a full-time worker could afford to spend $780 a month on housing. In only five states—West Virginia, Arkansas, South Dakota, Kentucky and Mississippi—would this be enough to comfortably afford the median monthly gross rent for the state.”

Data for the report was gleaned from the U.S. Department of Labor and the U.S. Census Bureau’s 2019 American Community Survey. The report assumed workers completed a full 40-hour work week, 52 weeks a year. An affordable rent payment was targeted at 30% of a worker’s gross pay.