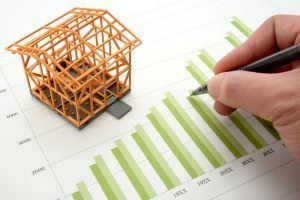 Builder confidence has stayed relatively steady, according to the September National Association of Home Builders (NAHB)/Wells Fargo Housing Market Index (HMI), which gauges builder perceptions of current single-family home sales and sales expectations for the next six months as “good,” “fair” or “poor.”. The HMI for this month was a solid 67 for confidence in the market for newly built single-family homes., indicating more builders view conditions as good than poor.

Additionally, the NAHB has released their Q2 2018 Housing Opportunity Index (HOI), a measure of affordability by areas, based on the number of homes available that are affordable to families earning the local median income. Nationally, the HOI fell to 57.1 percent in Q2 2018 compared to 61.6 percent in Q1 2018. According to the HOI data, the Index fell slightly year over year as well, down from 59.4 percent in Q2 2017. This is the lowest HOI since the housing crisis in 2008.

On a more local basis, some cities’ local index fares much better than the national index. In Elmira, New York, for example, 97 percent of homes are affordable for the median local income. On the opposite end of the scale and the country, the San Francisco and Los Angeles areas hold the lowest HOI, at 5.5 percent and 8.0 percent respectively.

Previous: Speeding up the Underwriting Process
Next: Why Home Sales Are Performing Below Potential