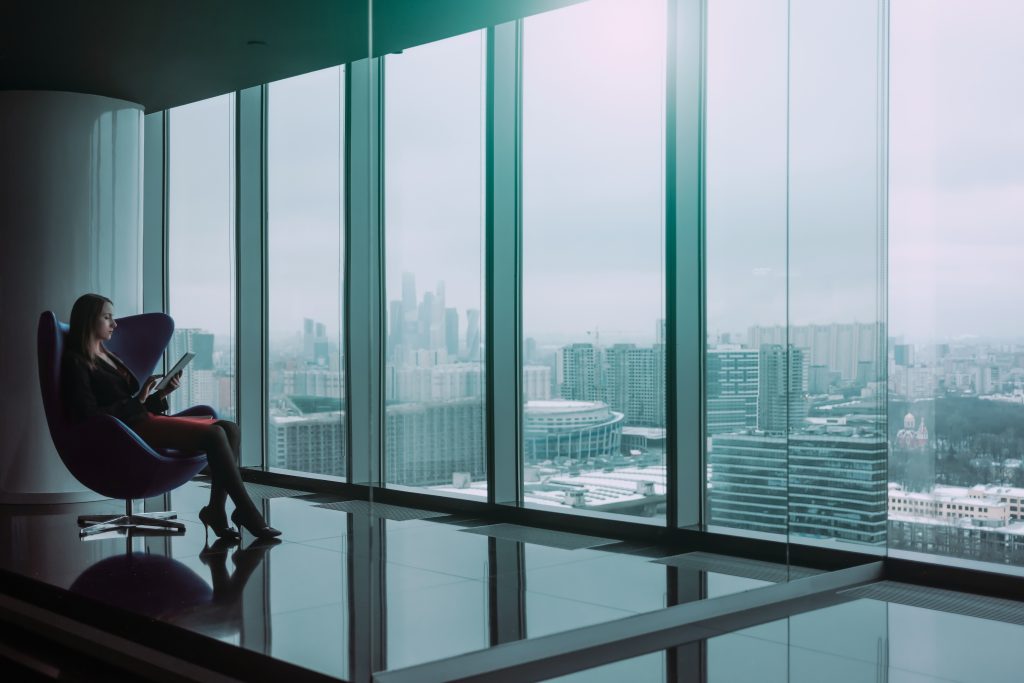 Editor's Note: This feature originally appeared in the September issue of MReport.

Companies and the industry as a whole see a boon to returns when a female is at the helm.

So few companies are run by women in the mortgage industry that they stand out by simply existing. Take a closer look, and it’s clear these women-led organizations are growing at a faster pace, with a more disruptive influence than less diverse companies in our industry.

Venture capital and private equity firms have already taken notice of this trend. In fact, returns from companies with a critical mass of women in leadership are up to 36 percent higher than firms without as many women in these positions, according to a recent Wall Street Journal report. Investors are actively hunting for opportunities to partner with these businesses, and corporate boards are mandating spends with women-led businesses because of the higher rate of return on investment.

According to research recently published by venture capital firm First Round Capital, their higher-performing investments tend to have at least one female founder. The firm’s data consisted of more than 300 companies and 600 founders and concluded that the companies with a female founder performed 63 percent better than those with all-male founding teams.

How are women in our industry driving those exceptional results? What advice do they have for the mortgage industry as a whole? We caught up with a few of these successful women-led businesses to ask these questions and find out how they’re generating higher revenue and growth. Their answers are as diverse as the women themselves, but they all agree on three principles that can help bring the entire mortgage industry forward:

We must focus on performance and results, while proactively building the most diverse teams.

We must support networking opportunities for women.

Following these values can help all of us—women and men—achieve the most success, maximizing business growth and profit. Let’s take a look at each of these from the insightful perspectives of successful women in our industry.

“I’ve always focused on hiring and working with the brightest, most tenacious, and talented people I could find, regardless of their gender or any other demographic,” Jennifer Miller, President of Mercury Network, said. “At Mercury, we value diversity because it gives us multiple perspectives and the shortest development cycles to build technology solutions for our clients. Our commitment to diversity has helped us outpace competitors every year.”

The mortgage industry has come a long way with more women in leadership, but everyone knows that stereotypes are still pervasive. Yes, these are harmful to the women they’re projected upon, but considering the higher returns for companies with women leaders, the most critical result is the handicap these old-fashioned stereotypes place on every business—and indeed the entire industry.

Kim Perotti, Co-President at Axis Appraisal Management Solutions, has good advice for avoiding these pitfalls that applies to everyone in the industry, both men and women. “It’s critical to be aware of the stereotypes that are still pervasive. Don’t assume that the woman you encounter in our industry isn’t in charge,” Perotti said. “If you aren’t consciously aware of your own bias and actively seeking diverse perspectives and experience, you will encounter many limits that negatively impact your ability to drive revenue and sales.”

It may seem like a scene straight out of the ’50s, but the vast majority of people in the industry have seen stereotypes play out like train wrecks many times. A loan officer will be working on a deal with a family, only addressing the male based on the assumption that he’s the highest earner or in charge of the family’s finances. When the stereotype doesn’t fit the current situation, a woman may be offended and have an instant dislike for the loan officer that’s very difficult to overcome. Here’s another scenario: Two companies seek to form a relationship and meet in a corporate conference room. A well-meaning salesperson starts the meeting off by automatically addressing only the man at the table, assuming he’s in charge. Meanwhile, the female CEO at the table is ignored and insulted.

We spoke to one female, a COO who says this situation happens more often than people think. She has attended meetings with her male employees where the company wishing to win her business assumes she’s an assistant. They direct questions and their entire sales pitch to her employees. That fumble can absolutely wreck your chances with that company, and it’s very difficult to backpedal from an embarrassment like that.

To avoid this misstep, some top-producing sales executives in our industry intentionally take a different approach. Instead of acting on stereotypical assumptions, they address all the executives equally. Mark Hopkins, National Sales Director for Mercury Network, has avoided these situations very successfully. “I’ve seen things like this happen before, so I always treat each person at the table as though they are the CEO,” Hopkins said. “It ensures I’m successful even if I don’t know much about the customer’s management team, while the trust that is forged often grows into a long-term business relationship.”

In the mortgage industry, there are already several large networks of women doing business with their female colleagues. While building their careers, they may not have had access to the traditional circles of influence from the decades-old relationships from which their male counterparts have benefitted. Yet these outsiders have formed truly disruptive alliances that push business forward and generate value for clients and their companies.

From diversity boards and conference events to LinkedIn groups and organized networking efforts, these circles of influence connect high-performing women with their colleagues to share ideas, contacts, and business. Ask any female leader in the industry if she is a member of any of these groups, and it’s clear the association and discovery of diverse professionals in the mortgage industry have paid off for their companies and personal careers in ways that are directly impacting revenue and growth.

Debra Key, CEO of East2West, and her female business partners started their appraisal management firm from these types of women’s networking relationships. Key joined forces with two women she met during her 28-year tenure in the mortgage industry. Sarah Cabral, now East2West’s COO, and Ilyn Baracewicz, East2West’s Chief Appraiser, had previously worked together as colleagues. They recognized early on the value of high performance and culture alignment within each other and struck out on their own this year.

Maria Kuczynski is a 25-year veteran of the lending industry managing real estate financing at Arbor Financial Group. She has built her business on referrals and business partnerships. To make her transactions move seamlessly, she constructed her team of lenders and an appraisal management company to best service her clients’ specifications and needs. “As we all know, you are as good as your communication and follow-up in business, and East2West exemplifies this belief in how they conduct their business model.”

It’s clear the time has come to abandon old stereotypes, recognize women as revenue- driving forces in the mortgage industry, and actively seek women in leadership as a proven accelerator for business growth. Women founders and business leaders across all industries are proving to produce higher ROI for stakeholders, and we’re seeing these statistics play out in the mortgage industry.

We all acknowledge that diversity matters as a moral obligation and is “the right thing to do,” but it’s increasingly clear that doing the right thing is actually far more profitable and drives greater value for companies and their clients. That’s great news for everyone in our industry.