Women in Housing: The Long and Winding Road 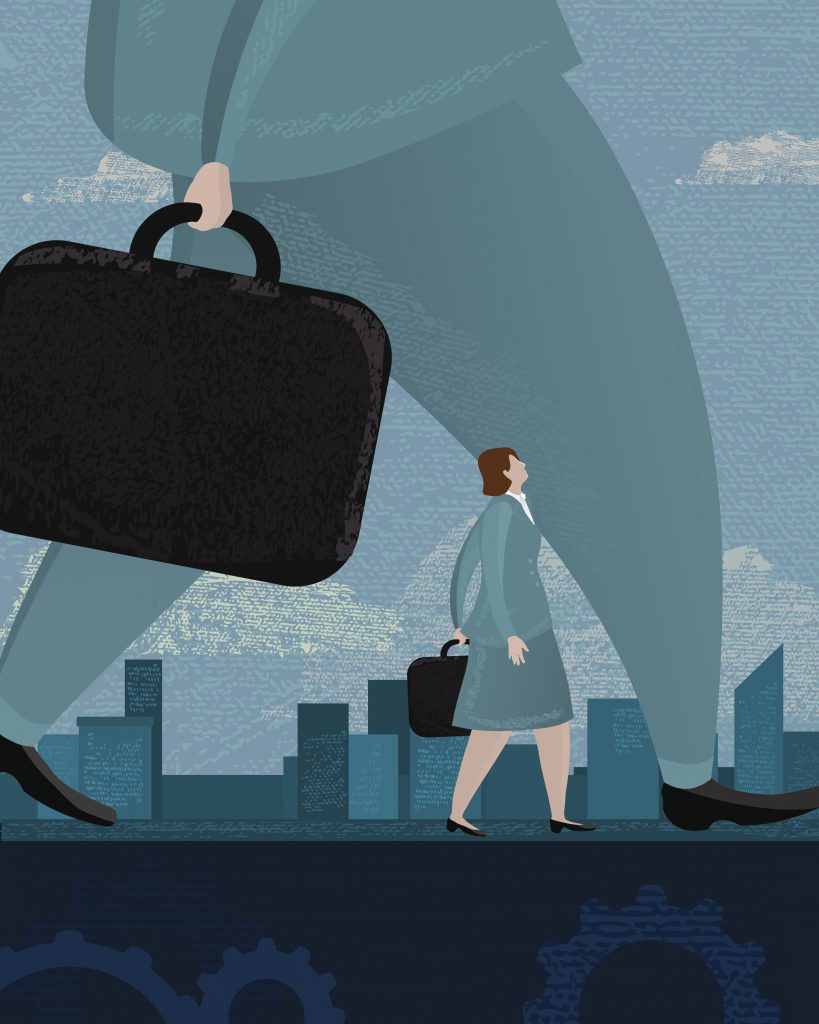 The industry has come a long way in terms of female representation, but there is still room to grow.

We’ve come a long way since the ‘50s, when “barefoot and pregnant” wasn’t just a saying—it was a way of life for women. Kept out of the workplace by societal expectations, the women of years past spent their days cooking, cleaning and tending to the kids—and, most importantly, leaving the “real” work to their husbands.

While few could say the situation has completely turned around—after all, women still earn just $.80 to every male dollar, there is one thing for certain: Women have become an integral part of the modern workplace and, in particular, the housing industry.

Today’s housing sector boasts females at the helm of nearly every major organization, initiative, and product, and that only stands to improve. Working women are taking it upon themselves to guide their fellow females, arming them with the knowledge and confidence they need to succeed in today’s competitive market.

There are distinguishing traits in men and women that are important to have in business. As Donna Krall, EVP of Mortgage Fulfillment at Flagstar Bank, puts it, women are multitaskers—something that makes them extremely successful in the mortgage industry, but they are also individuals who take things to heart and, often much more personally since they’re natural caregivers.

According to Laurie Pyle, EVP at Factom, it’s definitely challenging to be a woman, and there are distinct ways males and females tend to handle their work. Specifically, Pyle believes men are able to compartmentalize their jobs better.

“It’s a chess game, and you’ve got to figure out where you can put your priorities, how to prioritize, and how to be able to say, ‘no,’ which is sometimes difficult, too,” Krall said. “I think women can pick up a lot from how the males can compartmentalize that and define their role a little bit differently.”

There tends to be a perception that women either have to be a mother or a businesswoman—but the two aren’t mutually exclusive. Though Michelle Garcia-Gilbert, Managing Partner at Gilbert Garcia Group P.A., said she wouldn’t trade her time at home with her children for the world, that doesn’t mean she isn’t interested in business; it just means she needs more flexibility.

According to Garcia-Gilbert, being the primary caretaker for your children doesn’t have to be an aspect of womanhood that females have to give up. Women can do both—as long as they have the right support in place.

“I would say the same thing for women whose husbands are very high-power people in their professions; everyone has to be on the same page about what that means,” Garcia-Gilbert said. “You really need your partner, spouse. Whatever relationship you’re in, your family needs to understand what you’re doing and why you have to do it. If you get lack of support or pushback at home, it makes it really tough to be successful.”

Life is all about balance, and that is one thing Caroline Reaves, CEO of MCS, embodies. To Reaves, it doesn’t matter if the person is a woman or man; if they have a young family and want to spend time with them, it shouldn’t mean they’re less successful in their work and neither parent should feel they’re doing poorly at work by focusing on family.

“Don’t push yourself so much and make your goals so strong with work,” Reaves said. “Do well at where you are in that stage of your life. I believe people think they’re failures if they’re not moving up as fast as they want to, but once they move up, they have more responsibility, and they’re not happy. Do what you can and don’t try to overdo it, because it’s hard to be good at everything if you’re pushing yourself too hard.”

In order to achieve balance in her family life, Reaves, who is the mother of five, would go into work extremely early in the morning while her husband took care of the kids. This allowed her to leave in time to pick them up and take them to their after-school activities. She realized in her formative years that while not being able to stay after 5 p.m. might hold her back at work, as her kids got older, she knew priorities and opportunities would change—and she’d get that chance to advance again.

Reaves stresses that part of being a woman in this industry is understanding that you may lose some opportunity at the time, but sometimes you have to do what’s right for yourself—and for her, that was being with her family. Advancement opportunities will come, she said, and when they do, women should take them on—but only when it’s the right fit.

“Be sure that if you move positions, you’re moving for the right reasons,” Reaves said. “Don’t always follow the money but always do your best, because those opportunities are going to come. You’re never going to have utopia, so be the best at what you’re going to do.”

Female representation tends to lag in the higher levels of business—at the C-suite and managerial level. According to Leanne Spies, SVP of Asset Management and Operations at Freddie Mac, she’s always noticed the disparity between men and women in the workplace—especially in the higher positions of organizations she’s worked in.

Still, she noted, the situation is improving—and so are the opportunities.

“As more women fill the roles of VP and SVP, the greater the opportunity for women to grow into positions like EVP and CEO,” Spies said. “When I began, that pool barely existed. Today, that talent pool is becoming ever deeper—and there’s a more conscious effort to build it.”

There’s a serious lack of women on the technology side of the industry, according to Pyle, but it was even worse early on in her career. There was a time she felt she had to constantly prove herself and her abilities—something that is still a challenge for many women today.

“The biggest factor for me was that there were no female role models or mentors available,” Pyle said. “There weren’t women that were in technology in the mortgage industry that were in management roles or executive management roles that I could look to for mentoring, role modeling, or helping to understand what a good path for my career would be.”

Because of this, Pyle now makes herself available to mentor other women—and men, too—in the industry. According to Pyle, mentorship is important for the development of all members of the mortgage industry, especially those just starting out. Guiding new hires is key, she said—and more individuals should take the time to do it.

“As leaders and women in this market, we need to be sure to include a focus of drawing young people into the mortgage workforce thereby creating a sustainable future through the younger generations’ ideas and retention. Making sure they actually stick around for the future is key,” Pyle said.

The mortgage industry tends to be like a small family, and Pyle noted that everyone knows everyone. This elite, tight-knit community doesn’t easily lend itself to the mentorship or retention efforts that are necessary to entice today’s younger generations.

“I hear a lot of people these days saying, ‘Well, you weren’t here when such-and-such happened in 2007, so you can’t possibly understand,’” Pyle said.  “They could and would if we just explained it to them.”

But mentorship doesn’t have to just be old on young or woman on woman. Garcia-Gilbert said she actually prefers having male mentors. To her, males offer a different perspective, and they can often challenge traditional assumptions about gender roles.

While mentors can certainly help encourage the development of more women in the industry, according to Garcia-Gilbert, females can also take the onus upon themselves. She said immersing themselves in the industry—really understanding its inner workings—is the best way to move up.

Networking is also a great option, according to Spies. She said women should take the time to network with as many people as possible—internally, externally, and at all levels of the food chain—because ultimately, you never know when your paths will cross again.

And it’s true. Many organizations in the industry have created deep diversity and inclusion initiatives, such as the American Mortgage Diversity Council—looking to better recruit, hire, and retain minority and female employees.

Cerita Battles, SVP and Head of Retail Diverse Segments at Wells Fargo, said diversity and inclusion is an important part of her organization’s values and something the Wells Fargo team works toward every day. This allows the organization to not only be stronger and more successful as a company, but also to better mirror the markets that Wells Fargo serves—markets that are increasingly becoming more female centric.

Hiring more females is only one part of the equation, though. Once more women join the industry—and business in general—they also need to stand out and make themselves known in a historically male-dominated environment.

For Battles, she’s found that two leadership strengths, in particular, have helped her navigate the workplace: “Strategic Alignment,” which helps to define common goals, and “Driving for Results,” which ensures all activities and relationships she engages in either helps her meet or exceed her goals.

“I heard this statement at a conference, and it definitely speaks to my leadership style and focus: ‘Your gift or skill creates the opportunity to get you in the door, but your character is what keeps you there,’” Battles said. “It’s the difference between what you do and how you do it. How you do it will be the thing that people remember or the thing that sets you apart.”

As far as advice to those entering the industry, most experienced female veterans say it all comes down to asking questions. It seems like an elementary concept, but it’s one that can be overlooked when nerves and drive for success come into play.

Krall noted women shouldn’t be afraid of making mistakes, because that’s exactly what will allow them to move forward—and upward. Ultimately, she said, that requires a little self-trust.

“As females, I think we second-guess ourselves a lot and perhaps underestimate the knowledge and the value in our own thought processes,” Krall said. “You just have to trust yourself to know that you’re doing the right thing and you’re working through it with others—you’re talking to your peers. Take the initiative.”