As the second day of the 2022 Five Star Conference continued, experts from the SFR space gathered for this year's installment of the Single-Family Rental Roundtable. Opening with a keynote speech from RCN Capital CEO Jeffrey Tesch, this year's SFR Roundtable was presented by Host sponsor RCN; Co-Host sponsor CoreVest; and Partner sponsor Finance of America Commercial.

"Demand is weakening on purchase loan applications by about 20%, and new construction is dropping in price as well as existing leases —these are the numbers that really make a difference," said Tesch. "That's the reality; we've seen numbers way ahead of the norm, which would lead all of us to believe that going into November, we've got more price reductions coming." 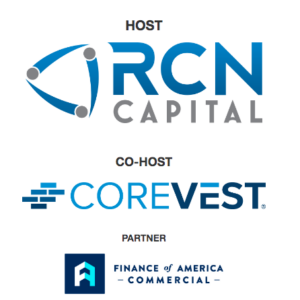 "We're probably going to see an uptick here soon," Tesch continued. "New construction got way ahead of their skis on pricing, and of course the rise in interest rates didn't help at all. As compared to the vacancy rate, well, charts don't die. They just continue down lower and we're more than likely to see an improvement here as well."

"Who knows what interest rates are going to do?, Tesch concluded. "Will they continue to take off for the rest of the year or will they stay stable? How will that affect price reductions? Most likely we've got more price reductions coming pre-Thanksgiving; however, investor purchases and all property types will remain elevated."

For more on the 2022 Five Star Conference, speakers, and more details, click here.