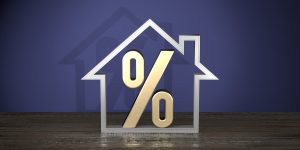 For the third time in a row, the Federal Reserve’s Federal Open Market Committee (FOMC) raised the nominal interest rate by 75-basis points at the conclusion of their scheduled two-day meeting to a rate of 3.00-3.25%. This marks the highest interest rate in 14 years.

This marks the fifth increase this year and the biggest consecutive rate hike on record. So far this year, the FOMC raised rates in March (+25 points), May (+50 points), June (+75 points), and August (+75 points).

In a prepared statement released at the end of the meeting, the FOMC said:

“Recent indicators point to modest growth in spending and production. Job gains have been robust in recent months, and the unemployment rate has remained low. Inflation remains elevated, reflecting supply and demand imbalances related to the pandemic, higher food and energy prices, and broader price pressures.”

“Russia's war against Ukraine is causing tremendous human and economic hardship. The war and related events are creating additional upward pressure on inflation and are weighing on global economic activity. The Committee is highly attentive to inflation risks.”

“The Committee seeks to achieve maximum employment and inflation at the rate of 2% over the longer run. In support of these goals, the Committee decided to raise the target range for the federal funds rate to 3.00-3.25% and anticipates that ongoing increases in the target range will be appropriate. In addition, the Committee will continue reducing its holdings of Treasury securities and agency debt and agency mortgage-backed securities, as described in the Plans for Reducing the Size of the Federal Reserve's Balance Sheet that were issued in May. The Committee is strongly committed to returning inflation to its 2% objective.”

“In assessing the appropriate stance of monetary policy, the Committee will continue to monitor the implications of incoming information for the economic outlook. The Committee would be prepared to adjust the stance of monetary policy as appropriate if risks emerge that could impede the attainment of the Committee's goals. The Committee's assessments will take into account a wide range of information, including readings on public health, labor market conditions, inflation pressures and inflation expectations, and financial and international developments.”

Credit bureau TransUnion laid out what that means for homeowners:

"When interest rates rise, consumers who may otherwise be considering buying a home may instead choose to hold off in hopes that interest rates decline in the not-so-distant future. And in that environment, those who do choose to buy may be more likely to select an adjustable-rate mortgage because their initial monthly payments will be lower than those they would find with a fixed rate mortgage. As an example of what homebuyers with good credit face today as opposed to before this year’s interest rate hikes: right now, the average monthly payment for a $300,000, 30-year fixed rate mortgage at the current 6.0% rate is approximately $1,800. This compares to a roughly $1,300 monthly payment at the 3.2% rate seen in January – about $500 a month higher."

“The Federal Reserve’s rate-setting committee voted unanimously to raise the short-term policy rate by another 75 basis points, to a target range of 3%-3.25%. This marks the highest level for the funds rate since early 2008. Reflecting the economic reality and high inflation, financial markets have been pricing in a small chance that the FOMC would resort to a 100 basis point increase. However, the Fed retained a steady pace, walking the tightrope of tightening without spooking financial markets, which have been expecting today’s move.”

“The Fed also issued its quarterly update to the outlook for the economy and interest rates—the Summary of Economic Projections. The numbers highlight that the central bank expects the economy to retain a moderate level of growth in 2023, even as the unemployment rate moves toward 4.4%. The Fed also expects the target rate to reach 4.6% next year, driving the PCE inflation rate down to 2.8%.”

MBA SVP and Chief Economist Mike Fratantoni also made a statement on the news:

“In response to inflation continuing to run well above its target of 2%, the Federal Reserve again raised the federal funds target by 75 basis points today. At 3%, the rate is now above what most FOMC members consider to be the long-term level and should be effective in reducing demand and slowing inflation over time.”

“No changes were made with respect to their ongoing plans to reduce the size of their balance sheet. Rate volatility is high due to both uncertainty regarding the Fed’s next moves and the lack of a steady, consistent buyer for Treasuries, and particularly mortgage-backed securities.”

“The FOMC members’ projections indicate slower growth, slowly decelerating inflation, and a fed funds rate that will likely top out well above 4%. The surprise for the market might be the median expectation that they could increase rates to 4.4% by the end of this year.”

“Mortgage rates have jumped the past few weeks following the August inflation report, which indicated that the Fed will continue to be aggressive in combating stubbornly-high inflation levels.”