Homebuyer affordability improved for the third consecutive month in August, with the national median payment applied for by applicants decreasing to $1,839 from $1,844 in July. This is according to the Mortgage Bankers Association's (MBA) Purchase Applications Payment Index (PAPI), which measures how new monthly mortgage payments vary across time –relative to income– using data from MBA’s Weekly Applications Survey (WAS).

“Most of the country saw modest improvements in homebuyer affordability for the third straight month because of slightly lower mortgage rates amidst steady income gain growth. The healthy labor market continues to be a positive for the housing market, despite ongoing economic uncertainty and high inflation,” said Edward Seiler, MBA's Associate VP, Housing Economics, and Executive Director, Research Institute for Housing America. “Higher mortgage rates have reduced borrowers’ purchasing power since the start of the year. The median loan amount in August was $313,500, down from a peak of $340,000 in February.” 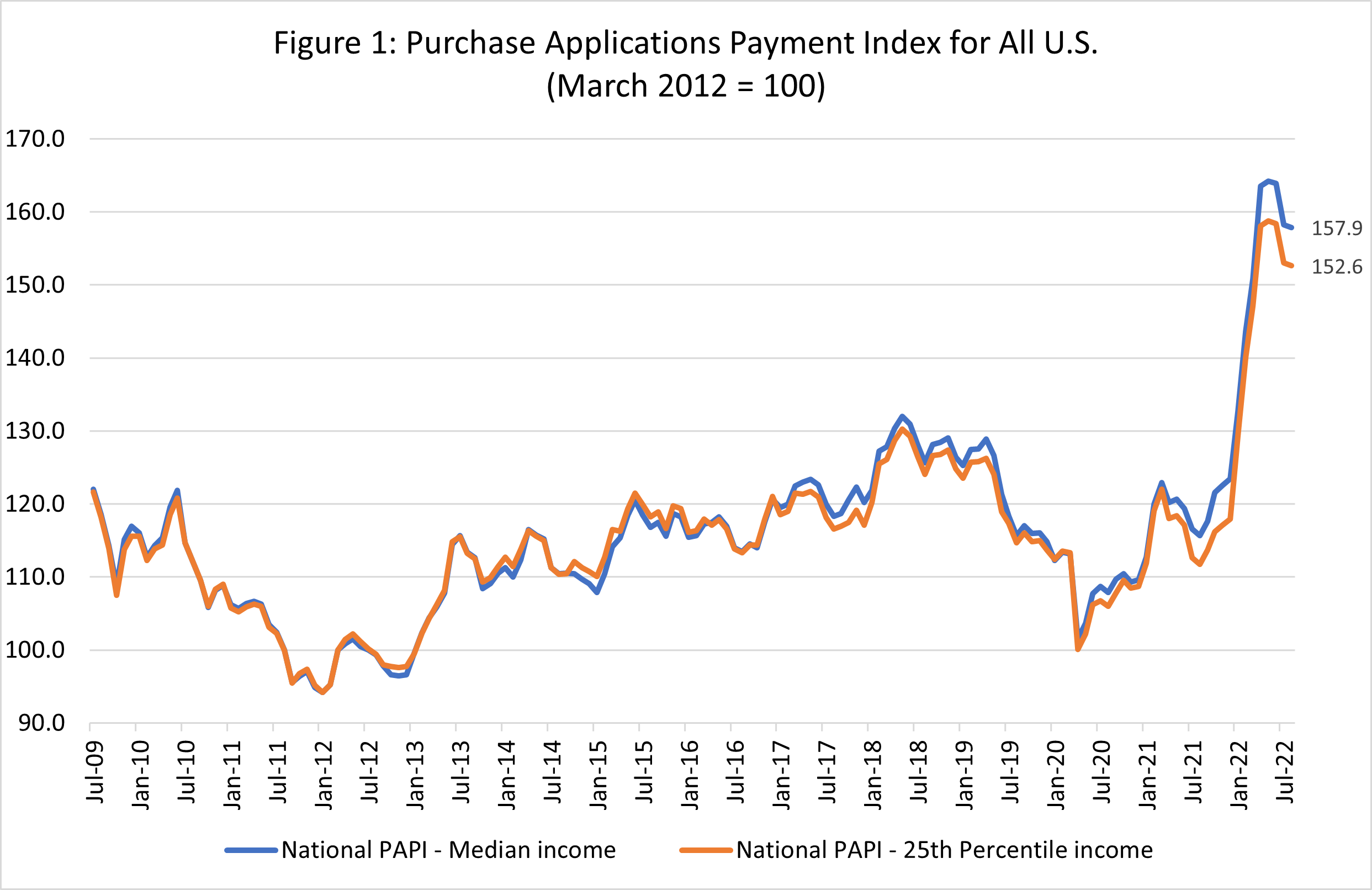 “The recent stretch of modest affordability improvement likely hit a speedbump this month, as mortgage rates have jumped to around 6%,” Seiler concluded. 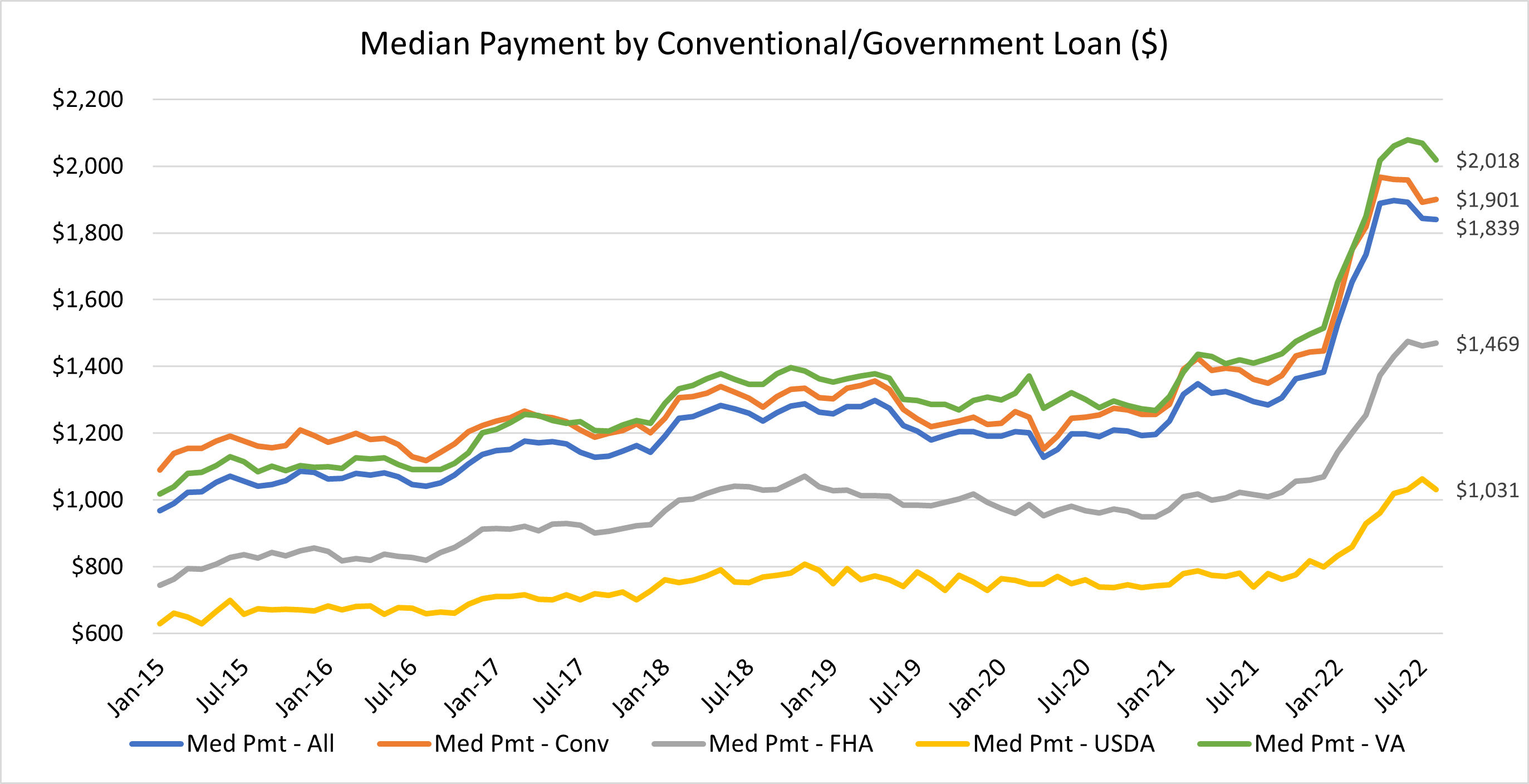 An increase in MBA’s PAPI – indicative of declining borrower affordability conditions – means that the mortgage payment to income ratio (PIR) is higher due to increasing application loan amounts, rising mortgage rates, or a decrease in earnings. A decrease in the PAPI –indicative of improving borrower affordability conditions– occurs when loan application amounts decrease, mortgage rates decrease, or earnings increase.

The national PAPI (Figure 1) decreased 0.3% to 157.9 in August from 158.3 in July, meaning payments on new mortgages take up a smaller share of a typical person’s income. Compared to August 2021 (115.7), the index has jumped 36.5%. For borrowers applying for lower-payment mortgages (the 25th percentile), the national mortgage payment between July and August 2022 was unchanged at $1,210.

2022-09-22
Demetria Lester
Previous: Mortgage Rates Climb to New 14-Year Highs
Next: August Rents Pull Back for First Time in Over a Year