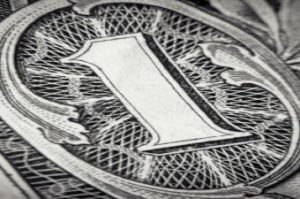 The coronavirus pandemic continues to wreak havoc on housing payments, as a new data study released by Clever Real Estate found nearly half of homeowners who missed mortgage payments this year reported being at least $2,000 behind on their mortgage while more than half are in a paycheck-to-paycheck lifestyle.

In a survey of 1,500 adults conducted on Sept. 9, 46% of homeowner respondents said they missed three or more payments since March, while 46% still owe at least $2,000—including 18% who have at least $5,000 in deferred payments. Renters were more likely to miss or defer rent payments (33%), but homeowners generally owed more on the payments they failed to make.

The study also found 55% of homeowner respondents were living paycheck-to-paycheck and 15% did not currently have stable income. In comparison, 72% of renter respondents said they were on paycheck-to-paycheck existence and 30% lacked a stable income. Homeowners admitted to increasing their credit card debt or using their emergency savings to cover expenses, while renters were more likely to either tap their retirement savings, sell personal items, take a gig economy job, borrow from family and friends or move.

Furthermore, the study found homeowners were more 25% likely to stash away funds for retirement than were renters, and they were two times more likely to report their savings would last six months or more. However, 54% of homeowners have spent at least $1,000 from their emergency funds since March, versus only 36% of renters.

As for having money saved for the proverbial rainy day, the study also noted that 37% of respondents have no emergency savings, 21% reported never having emergency savings and 16% reported running out of their emergency savings earlier this year. One in four respondents said they were forced to take on more non-mortgage debt as a result of the pandemic, and 54% of those in debt borrowed an additional $2,000 or more.