The Week Ahead: Will New Home Sales Rise Higher? 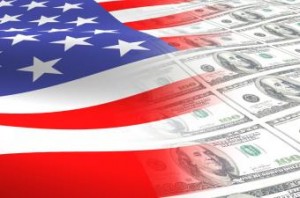 New single-family home sales took a notable upturn in July, with the month becoming the best month for new sales since 2007, according to HUD and the U.S. Census Bureau.

July’s numbers are the latest in a steady trend toward more new home sales overall, and some industry insiders think the trend is only going to continue.

Liu said that if anything will limit growth, it will be the limited supply of land and labor, and homebuilder’s focus on higher-price segments. Inventory shortage has been a drag on growth in many areas, particularly affecting new-to-market buyers who can’t compete with wealthier buyers in the bidding wars taking place.

The new home sales report for August will be released on Monday, September 26 and the question remains whether or not this upturn will continue.

Single-family home prices have been steadily appreciating since bottoming out a little more than four years ago—in fact, June 2016 marked the 50th consecutive month of year-over-year home price appreciation, according to the S&P CoreLogic Case-Shiller Indices for June.

“Though this is a sign that the U.S. housing market continues to stabilize, homebuyers are still being challenged as prices outpace income growth yet again,” Trulia Chief Economist Ralph McLaughlin said.

“Prices in last month's three hot markets (Portland, Seattle, and Denver) continue to lead the pack with increases between 9.2 percent to 12.6 percent,” McLaughlin said.  “Though Western markets dominate U.S. price growth, San Francisco continues to show a noticeable cooldown. Home prices in the City by the Bay increased of 6.4 percent, which is the smallest annual gain since August 2012. The continued slowdown suggests the San Francisco housing market might start looking more 'normal' by the end of the year, but the market still has a long way to go before most Bay Area homebuyers would agree.”

The latest Case-Shiller report is release on Tuesday, September 27.

To read more about the Case-Shiller June report click HERE.

Tagged with: Case-Shiller New Home Sales The week ahead