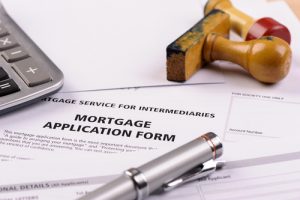 According to Fannie Mae [1]'s SVP and Chief Economist Doug Duncan, the easing of credit standards is a trend the GSE has been taking note of since late 2016, and was continued with the company’s Q3 2017 Mortgage Lender Sentiment Survey [2] released on Monday.

“We believe that the GSEs’ attempts to relieve repurchase concerns and expand credit for creditworthy borrowers have contributed to the easing trend,” said Duncan. “Meanwhile, market competitiveness also led to the fourth consecutive quarter in which lenders’ net profit margin outlook deteriorated.”

Though the net share of those reporting mortgage demand growth over the prior three months fell over all loan types compared with Q3 2016 and Q3 2015, those who expect increased mortgage demand over the next quarter remained relatively stable in Q3 year-over-year, according to the report.

Freddie Mac [3] shared this sentiment in its Economic & Housing Research Outlook [4] released last Thursday, which predicts an increase in purchase mortgage volume in 2018.

“Year-to-date total home sales are the highest since 2007,” the report said. “Existing home sales are unlikely to increase much going forward. Limited inventory will remain a persistent problem, and longer term trends like the aging of the population and declining mobility across all age groups will keep a lid on existing home sales growth.”

According to Freddie’s report, home sale growth will be driven by new home sales, which should continue its climb in single-family construction. Freddie forecasts total home sales, which is the sum of new and existing home sales, to increase by about 2 percent from 2017 to 2018.