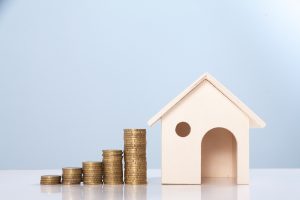 Black Knight Financial Services released its July Home Price Index, which utilizes public records and data sets to determine the valuation of home prices on 90 percent of residential properties in the United States.

According to the report, the national HPI rose to $281,000, an increase of 5.9 percent since the beginning of the year. It also marked a slight increase of 0.5 percent month-over-month and a year-over-year increase of 6.2 percent. Appreciation rates, however, have continued to slow since March, when they peaked at 1.3 percent.

On a regional scale, New York home prices experienced the highest rate of appreciation, at 1.8 percent since last month. San Jose, California has grown 11.1 percent since the beginning of the year, and the average home price is now over $1 million.

Conversely, Virginia was the only state of the 20 largest states that had a month-over-month decline, although the drop was nominal at 0.2 percent. Delaware also showed negative appreciation, at 0.1 percent.  On a smaller metro level, Virginia Beach, Virginia; Los Angeles, California; and Washington D.C. experienced small declines in appreciation, at 0.3 percent, 0.2 percent, and 0.1 respectively.

In the top 40 metros, half hit new peaks in July, including hot markets which the industry has kept a watchful eye on, including Dallas, Texas, Austin, Texas, and Denver, Colorado.