Residential Home Sales On the Rise 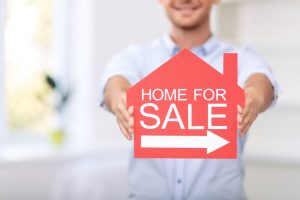 On Tuesday, the U.S. Department of Housing and Urban Development and the U.S. Census Bureau jointly released their report on new residential sales for August 2017.

Combined, the median sales price was 300,200 for all properties. Average sales price amounted to $368,100. Insofar as inventory goes, the report suggests that the estimated new homes on the market at the end of August was 284,000, which at the current sales rate constitutes housing supply of 6.1 months.

The next joint report by the U.S. Department of Housing and Urban Development and the U.S. Census Bureau will be released on Wednesday, October 25, 2017.

Read the full report on residential sales activity from the Census Bureau here.

Previous: Does Being a Homeowner Contribute to Your Financial Well-Being?
Next: Dimon Explains JPMorgan Chase’s Investment in Detroit