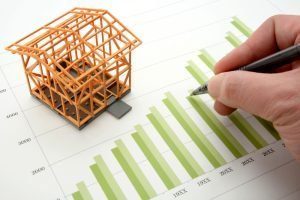 Sales of new single-family homes increased both month over month and year over year, according to the August 2018 new home sales report from the U.S. Census Bureau and the Department of Housing and Urban Development. August saw 629,000 new homes sales, up 3.5 percent from July’s 608,000 and up 12.7 percent from August 2017.

Despite the increase, National Association of Homebuilders Chief Economist Robert Dietz notes the downwardly revised estimates for June and July, coming off a “summer soft patch.” Additionally, Dietz notes the impact of Hurricane Florence on sales and construction.

“Despite the disappointing numbers for the summer, total sales for the first eight months of 2018 (448,000) are 6.9 percent higher than the comparable total for 2017 (374,000),” said Dietz. “We expect the volume of new home sales to continue to expand along the current modest pace, driven by favorable demographic demand but subject to monthly volatility, supply-side cost concerns, and declining buyer affordability. Moreover, Hurricane Florence will likely have disruption effects on sales figures due to flooding in large new home construction markets in North and South Carolina.”

However, Terrazas notes that August is the second-lowest performing sales month since October 2017, especially as new construction has “gummed up” following leveling off of demand. Rising construction costs have done nothing to alleviate the issue, but the need for rebuilding from Hurricane Florence should cause demand to pick back up.

“We should see a spurt of home building in the fall as the recovery gets underway, but we would have to see a very large jump in new home construction beyond the Southeast to avoid posting year-over-year declines in new home sales,” said Terrazas. “For now, the housing market closes the summer on a disappointing note. While it’s still a buyer’s market, there’s an autumn chill in the air. Builders are, perhaps prematurely, bundling up, wary of catching a cold.”

“The strong shift in housing demand towards owner-occupied housing will continue to underpin new home sales because that demand must ultimately result in higher housing construction and sales of new homes," said Liu. "However, that demand is currently being weakened by rising interest rates and rising home prices on existing homes. This provides an opportunity for homebuilders to expand sales provided they can find workers and maintain cost control.”

Previous: The Rate Hike: Expert Opinion
Next: Sellers Agree, Now Is a Good Time to Sell