Home >> Daily Dose >> Where Can Techies Afford to Live?

Where Can Techies Afford to Live? 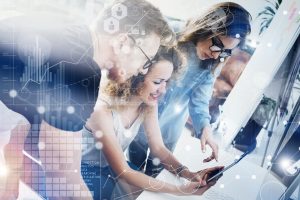 Silicon Valley and California has long been heralded as the epicenter of the tech world.

However, a new report by realtor.com shows there is more life in the tech world than living in Silicon Valley. Realtor.com listed the best tech markets outside of California, and found Huntsville, Alabama, to be the best affordable tech-metro in the nation.

The median-home price as of July was $315,000, but within San Francisco limits, realtor.com reports most will pay $1.43 million. San Jose’s median-home prices come in at $994,000. Information from Glassdoor, though, find that average information technology worker makes $80,512 annually. Realtor.com states a 20$ down payment is roughly four times the annual income.

A study by the information technology association CompTIA, IT workers in the market make an average ofg $91,998, and the number of IT jobs is expected to grow by 4% over the next five years.

Dallas and its median-home price of $349,950 came in at No. 2. Midlothian, which is located 25 miles south of Dallas, is home to Google’s 375-acre call center. Demand for IT jobs in Dallas is expected to grow 10% over the next five years.

Realtor.com states that Austin has been dubbed “mini Silicon Valley,” as it is home the fifth-largest share of IT jobs in the country. Companies such as Dell Computer, IBM, Amazon, and Apple all have offices in Texas’ capital.

Previous: Eye on the Industry: New Appointments, New Technology
Next: Do Americans Enjoy the Homebuying Process?