If one started looking for a home in July, that person has just endured the most volatile mortgage rate environment seen since 1987, when rates were trying to normalize after peaking at 19% a few years earlier. 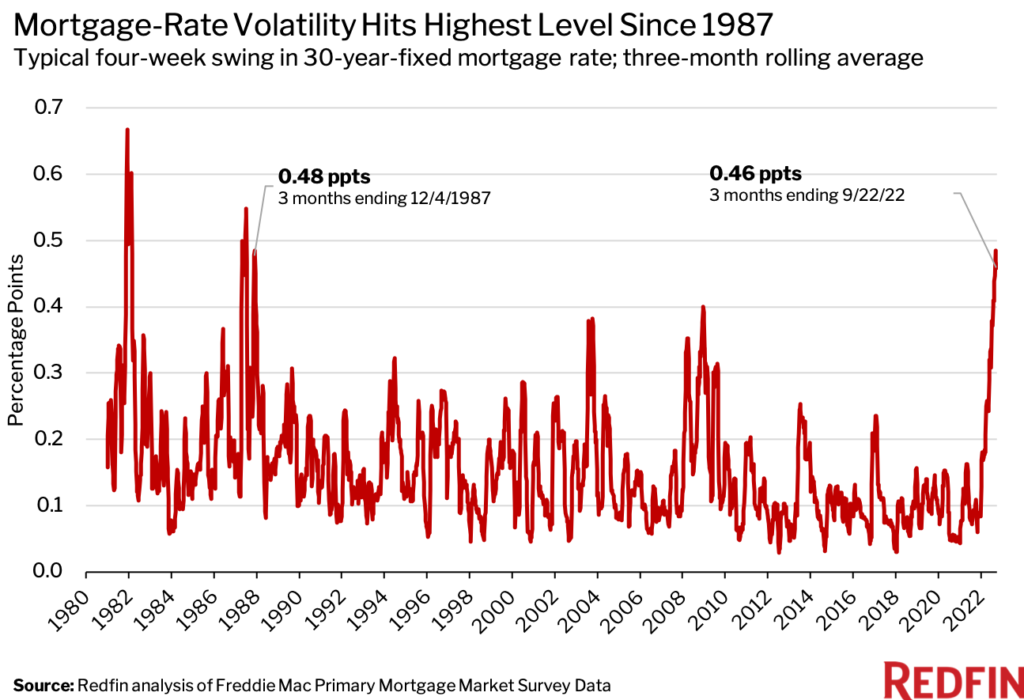 According to Redfin, a house hunter who began looking for a $500,000 house in July would have experienced: 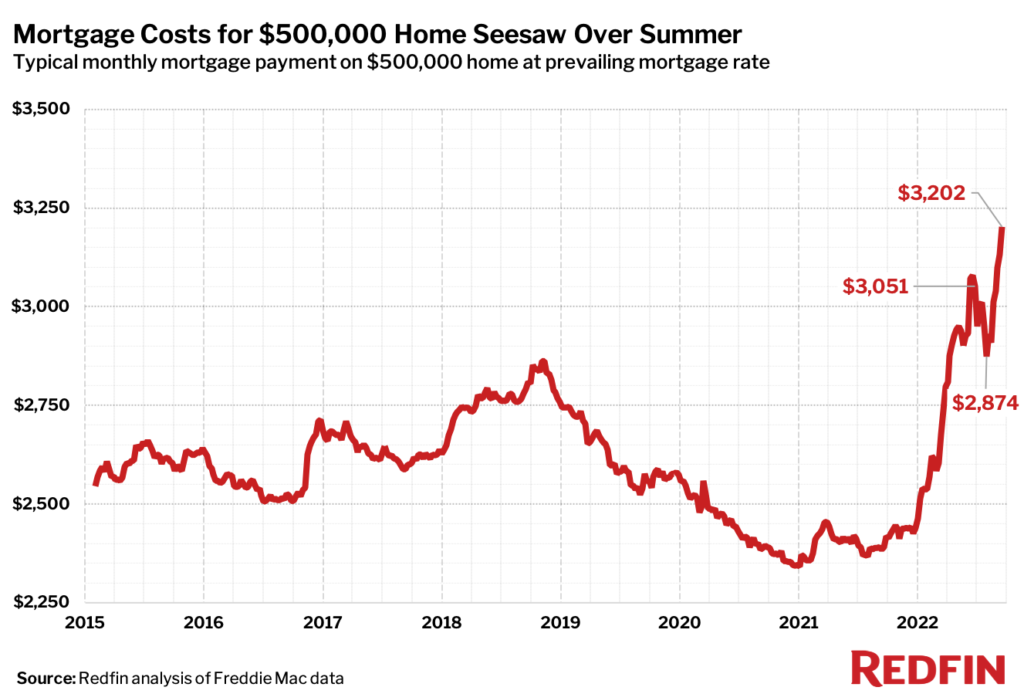 “The challenges homebuyers face in today’s market go beyond the dwindling affordability caused by high mortgage rates and home prices,” said Taylor Marr, Redfin’s Deputy Chief Economist. “The whiplash in mortgage rates between when homebuyers set their budget and when they make an offer is also making it extraordinarily difficult to plan ahead.”

It should be noted that since July, the Federal Reserve has raised the nominal interest rate twice, by a cumulative 1.50%.

The volatility in mortgage rates will likely continue in the near term as the Fed seeks to combat inflation, but mortgage rates should fall in the next 12 to 18 months if inflation eases as expected. 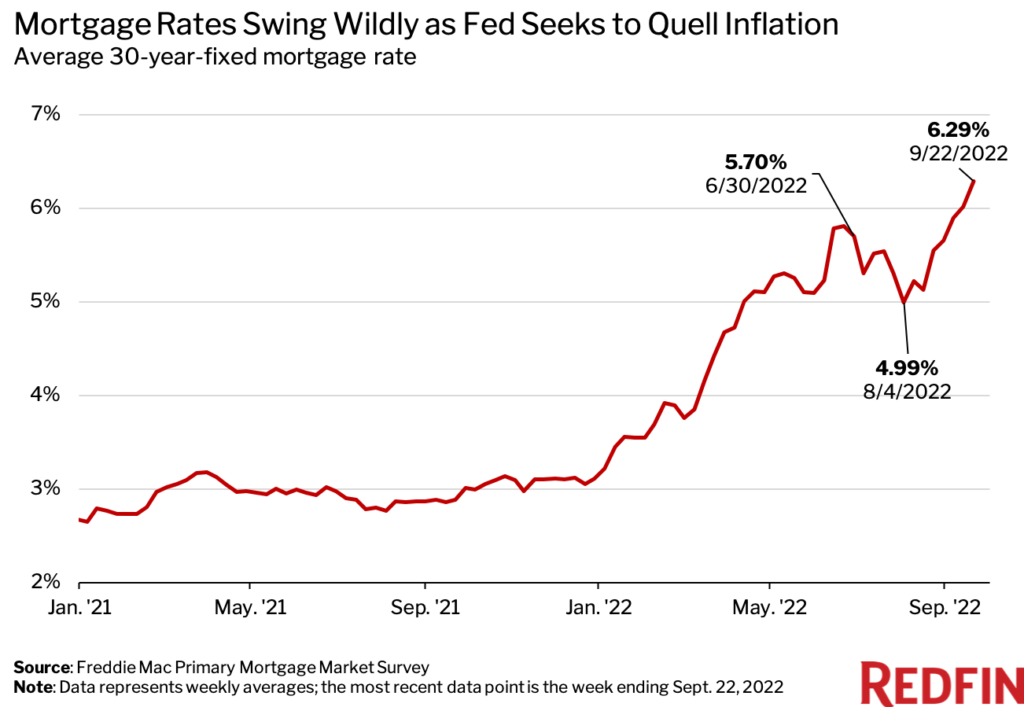 “The good news for people who can still afford to buy a home and are set on making a purchase now is that they should be able to refinance to a lower rate in a year or two,” said Justin Dimler, a Regional Sales Manager at Bay Equity in the Seattle area. “I advise house hunters who qualified for a loan one or two months ago to get requalified by their mortgage adviser because the change in mortgage rates may mean they’re no longer eligible to borrow as much as before.”

According to the Federal Housing Finance Agency, even in light of rising mortgage rates, 72% of loan modifications during the second quarter still reduced borrowers’ monthly payments by at least 20%. The number of refinances decreased from 899,518 in the first quarter to 444,852 in the second quarter.