Home >> Daily Dose >> Learning and Amending After the Housing Crisis

Learning and Amending After the Housing Crisis 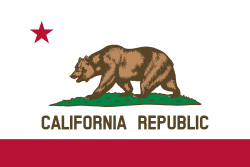 In a move to address affordable housing issues, California Governor Jerry Brown signed on Friday housing legislation aimed at solving on of the biggest problems the state is facing, according to a report by the Sacramento Bee.

The bill amends many aspects of the housing crisis in the state, from affordability to zoning to low-income housing opportunities. They also seek to lower the cost of construction, as well as increase the speed of construction, and limit regulations that prevent new developments from being undertaken.  All-in-all, 15 bills were signed in the package, and was the largest group of legislation passed.

“These new laws will help cut red tape and encourage more affordable housing, including shelter for the growing number of homeless in California,” Brown said in a statement. But, according to Brown, these pieces of legislation are just the first step to solving the housing crisis that plague California, and more is still yet to be done. State Senator Toni Atkins, (D-San Diego), echoed this sentiment: “This is a necessary and critical first start.”

The passing of the group of bills came after months of negotiations between the Governor and the California House. According to the report, Assemblyman Brian Maienschein of San Diego was the sole Republican to vote for the bills.

House Democrats were largely in support of the bills, and had much to say on the matter.

“This package has everything from A to Z – affordability to zoning,” Assembly Speaker Anthony Rendon said in a statement. “It’s not a magic wand, but it is going to put a lot of drafting tools, backhoes, hammers and door keys to work.”

To see the detailed list of the bills included in the package, along with a video of Governor Jerry Brown’s speech, click here.