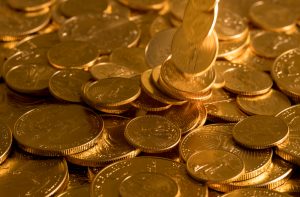 A new bipartisan bill was introduced recently that would allow the Federal Reserve to exempt smaller banks from standard bank oversight restrictions.

The bill was introduced by Senator Claire McCaskill (D-Missouri) and Senator David Perdue (R-Georgia), and aims to make “’commonsense fixes’ to financial rules, providing regulatory relief to small regional banks subject to unnecessarily overly-burdensome regulations put in place by the “Dodd-Frank” financial reform bill—rules that were never intended for banks that primarily engage in ordinary consumer banking practices,” according to Sen. McCaskill’s official press release. The bill would reduce regulations on regional banks with more than $50 billion in assets that would also have no global financial risk in the event of another market collapse.

“When even some of the architects of ‘Dodd-Frank’ agree the law is unnecessarily burdensome on regional banks, you know we’ve got a problem on our hands,” McCaskill said. “This is a commonsense fix that’ll untie the hands of our small regional banks and return to them the flexibility to lend to Missouri customers who want to buy a house, or start a business. I’m glad to join Congressman Luetkemeyer’s efforts to help get this bill across the finish line in the Senate.”

“Regional banks offer a lifeline to small businesses and entrepreneurs looking to create jobs,” Perdue said. “Dodd-Frank overregulated these banks by placing them into the same category as huge banks with a global reach. This sent these banks’ compliance costs through the roof and limited their ability to do what they do best—support their communities. This legislation would actually test banks for systemic risk rather than forcing banks to comply with an arbitrary figure.”

Currently, under Dodd-Frank, all banks with assets over $50 billion are subject to the same regulations. The newly introduced bill aims to change that regulation.

Previous: U.S. Chamber of Commerce v. CFPB
Next: Learning and Amending After the Housing Crisis