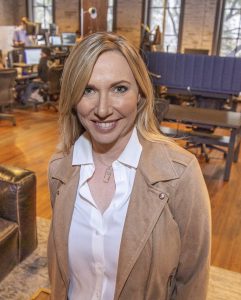 Holly Tachovsky, CEO of BuildFax, said declines in single-family housing authorizations have been a “strong indicator” of recessions between 1961 and 2008.

“Ahead of the 2019 housing slump, an analysis of housing activity revealed that single-family housing authorizations, maintenance activity and maintenance spend declined in unison prior to the 2008 housing market crash,” Tachovsky said. “These blanket declines ceased in 2011 towards the tail end of U.S. economic recovery and didn’t occur again until November 2018. This suggests a connection between declines in housing activity and a slump in the broader housing market.”

The report states single-family housing authorizations have fallen 1.06% from July and 4.17% year-over-year. Authorizations have decreased 2.29% from June to August 2019 compared to the same period last year. Additionally, BuildFax insights align with CNBC findings that “the housing market is softening and slowly becoming a buyer’s market.”

Declines in authorizations have come during a time when mortgage rates are at historically low rates. Freddie Mac’s latest Primary Mortgage Market Survey found the average rate for the 30-year fixed rate mortgage fell back down to 3.64% after jumping to 3.73% the week prior.

Tachovsky noted declines in the housing market are complex, as a number of factors are at play to cause such a notable shift in housing activity. One such factor could be affordability, which she said may have “reached a breaking point” last year.

“Additionally, the 2019 housing slowdown has succeeded almost a decade of white hot housing activity. Since the 2008 recession, housing activity, specifically new construction, in the U.S. has skyrocketed,” she said. “While we’ve been seeing declines across single-family housing authorizations since November, the rate of decrease has slowed, suggesting, while we are definitely still experiencing a slowing housing market, we could also be seeing signs of stabilization in the market after several years of rapid growth in residential new construction.”

Tachovsky added there are also several other factors aside from inventory and affordability that impacts home prices. She said construction materials saw a tightening this year, which caused prices to increase.

“It’s also important to note that drivers for home prices can be inherently localized,” Tachovsky said. “While there is a broader economic slowdown, home prices in affordable cities that are experiencing an uptick in domestic migration may be changing at a faster rate than they are in less affordable markets.”

In an effort to inject into a slowing economy, the Fed announced its second rate cut of the year earlier this month, slashing rates by another quarter of a point.

Tachovsky said, prior to the cut, the announcement could lead to further declines in mortgage rates, which may help affordability. However, this is based on the assumption that home prices remain steady.

“Early signs in the market suggest home prices, while decelerating, are still increasing year over year and talk over the past month of a potential recession on the horizon has grown,” Tachovsky said.

Previous: Buying a Home in 2012 is Paying Off
Next: Markets too Pricey for Millennials