Home >> Daily Dose >> Home Price Appreciation: What it Means for the Market

Home Price Appreciation: What it Means for the Market 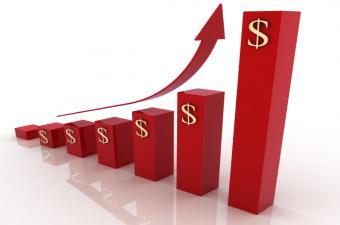 Richard K. Green, Ph.D., is the Director of the USC Lusk Center for Real Estate. He holds the Lusk Chair in Real Estate and is Professor in the USC Sol Price School of Public Policy and the Marshall School of Business. His research addresses housing markets, housing policy, tax policy, transportation, mortgage finance and urban growth. He is a member of two academic journal editorial boards, and a reviewer for several others. His work is published in a number of journals including the American Economic Review, Journal of Economic Perspectives, Journal of Real Estate Finance and Economics, Journal of Urban Economics, Land Economics, Regional Science and Urban Economics, Real Estate Economics, Housing Policy Debate, Journal of Housing Economics, and Urban Studies. His book with Stephen Malpezzi, A Primer on U.S. Housing Markets and Housing Policy, is used at universities throughout the country. His work has been cited or he has been quoted in the New York Times, The Wall Street Journal, The Washington Post, the Christian Science Monitor, the Los Angeles Times, Newsweek, and the Economist, as well as other outlets. Green recently spoke with MReport about the most recent S&P CoreLogic Case Shiller Home Price Index’s findings that average home prices for the metros within the 10-City and 20-City Composites are back to their winter 2007 levels.

What are the positives that result from home prices being near their pre-crisis peak?

We are getting close to the 2006 peak for national house prices, and the most important positive resulting from this is more and more people have equity in their houses again. While it’s certainly positive that more people own homes worth more than their mortgage balances, the recovery in house prices has been uneven and prices remain well below their peaks in many parts of the United States. In fact, when adjusted for inflation, house prices are still nearly 20 percent lower than they were in 2006. It’s also important to note that, unlike the last time around, higher prices reflect higher rents and reflect an increasing affordability problem.

They are, although because of HARP, people who have Fannie or Freddie loans can refinance upside down mortgages. I don't know that the price appreciation made that big of a difference in refinancing. I think the more important thing is now you have equity and can move. From a lender standpoint, it means people don't have a reason to default when they have equity in their houses. People having some money in their houses is a good thing.

What is holding prices down in the markets where prices are not quite back up to their pre-crisis levels?

Two things. The obvious answer is the economy is doing much better in some places than in others. Even within California, along the coast, the economy is doing extremely well. It still really hasn't recovered, but it's better than it was a few years ago. That's reflected in housing prices.

The other thing is, there were markets that were expensive in 2006 because there was a lot of demand for them, and when the demand shrunk, the prices went down. But there are other markets that were really bubble markets that were fundamentally-driven: a Las Vegas, a Phoenix, Inland Empire in California—I don't expect the prices in those markets to come back to peak for a very, very long time. Markets like Dallas never had the big run-up in the first place, so your crash was much smaller. Now you're way up from your bottom and beyond your past peak because you never really had a bubble to begin with, or if you did, it a tiny bubble, and not a Bakersfield-kind-of-huge bubble.

What effect are rising rents having on home prices?

Do you think those obstacles will cause the number of renters to increase?

I don't know if it'll increase, against that, homeowning looks very appealing financially, and we've seen job growth and a really good income growth number last year, and that's going to help some people make the transition. I don't expect the homeownership rate to fall much more than it has. Maybe it will start to rise a little bit more in the next year or two. But you're not going to see the kind of robust buying you would see if people could just have the opportunity for credit that they did 20 years ago. If people could have access to credit the way they did 20 years ago, I think you'd see a lot more action in the homeowning market.