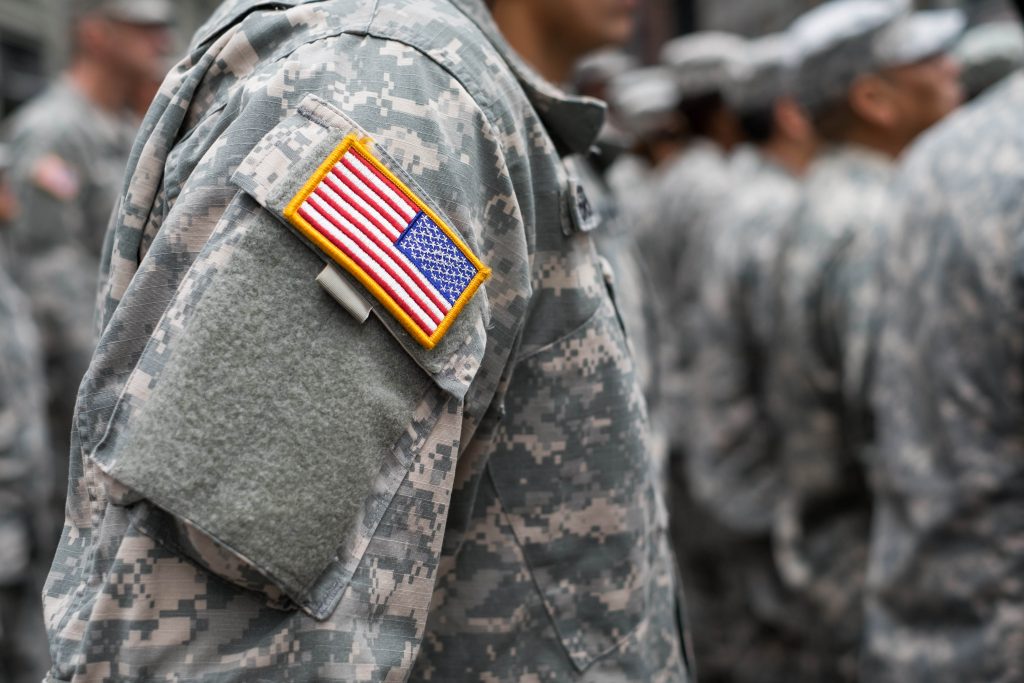 Editor's Note: This article was originally featured in the October issue of MReport, available now.

The Military Lending Team’s first goal was to shift the overall company culture, increasing its focus on veterans and their unique needs and situations. As Caliber employs many veterans, the organization set out to create an internal culture that recognized the military and veteran community.

Better Serving Those Who Serve Us

As National Director of Military and VA Lending, Bergjans was charged with managing all initiatives that support active duty, reserve and veteran communities and families. His own military career began in 1995 after he graduated from high school, and he served on Active Duty until 1998 when he transferred to his current position in the Navy Reserves.

“A corporate culture within an organization, including the employees who work there, must believe in helping veterans at their core if they truly want to succeed,” Bergjans said.

At a high level, the Military Lending Team began by creating initiatives to recognize Caliber’s veteran and reservist employees, and spark patriotism within the organization. This included launching new programs and updating existing programs to better serve the military and veteran community.

For the last several years, Caliber’s existing policy ensured that jobs would be waiting for civilian soldiers upon their return from duty. However, the Military Lending Team knew it could do more. After researching military leave policies at organizations that championed veteran-friendly programs, Caliber launched a policy that guaranteed jobs for reservists who were deployed or traveled for training—and granted paid leave during their absence. The enhanced policy was implemented in September 2016.

Additionally, Caliber created “Military May,” which—in observation of Memorial Day—encourages all employees to decorate their offices with a patriotic theme. Employees are welcomed to share personal stories of their own military service and the service of their family, friends and loved ones.

Through the program, Caliber employees learn how to communicate with veterans and understand the pressures, constraints, challenges and opportunities they may face. In addition to VA lending, the training also focuses on military culture as a whole.

As a show of support, veteran staff are also recognized during an annual Veteran’s Day meal, hosted by the company’s CEO Sanjiv Das and other executive leadership members in appreciation of their military service.

In addition to developing ongoing programs, Caliber focuses on helping military families on a day-to-day basis. In 2016, Caliber identified a widespread problem with borrowers and Certificates of Eligibility (COEs). COEs are mandatory to prove eligibility for VA loans, but older veterans were often unaware of the process required to request a COE.  Additionally, these veterans often find it difficult to obtain an electronic copy, and it becomes increasingly challenging to obtain a manually processed one—which can prevent or delay a home closing.

It’s Only Getting Better

As Caliber focuses on the future, the Military Lending Team is in the process of creating a Continuing Education program. Caliber staff who have earned the CMVLP designation will be required to complete the new program to ensure they’re aware of any changes in VA loan policy. By doing so, Caliber aims to transform its employees into practitioners—professionals who are continually learning about VA policy changes and the evolving markets.

Caliber employs these tactics to create an atmosphere where employees are encouraged to discuss their military experiences. Caliber is proud to deliver the best programs and services to veterans across the country.

Caliber is planning to launch a hiring initiative that includes recruiting military spouses who regularly move because of their spouse’s service. The company plans to create a hiring platform and training program that enables them to work in a variety of positions anywhere in the country. From loan officers to processors, branch administrators, and underwriters, they will be well-equipped to move with their spouse and remain employed at Caliber.

Since May 2016, Caliber has presented every military borrower with a Caliber Challenge Coin to recognize and thank borrowers for their service, and encourage them to share their military stories. In the military, challenge coins are given out by senior leadership on rare occasions.

Caliber Loan Consultant, U.S. Army veteran and Purple Heart recipient Aaron Cabrera said, “The Caliber military lending program is second to none, and there is nothing more rewarding than being able to place a veteran and their family into a home.”

In addition to the extensive programs in place, Caliber Retail walks the walk—the company recently closed its 10,000th VA purchase loan in July 2017, a huge accomplishment since Caliber opened its doors in January 2014. In recognition of Caliber’s enthusiastic support of military veterans, Caliber has received several awards, including one from the Employer Support of the Guard and Reserve (ESGR) in 2016. ESGR is a Department of Defense organization that coordinates with civilian employers to protect soldiers.

Caliber was awarded the “Military Friendly Brand” designation in 2017 by Victory Media, an organization that assists veterans and their families in their professional endeavors. In September of 2017, Caliber was presented with the Outstanding Veteran Employer award by VetJobs, and was distinguished as a company that “puts action behind their words.”

Bryan Bergjans said, “Receiving these awards and being recognized for our efforts is validation that Caliber is working to provide the best place for veterans and their families to work, and the best products and services to our military and veteran customers.”

Lauren Abney currently resides in Oklahoma City, and is a licensed attorney in the state of Oklahoma. She has worked as a Servicing Operations Analyst for Caliber Home Loans since February 2015 and implements regulatory requirements and compliance guidelines from the Consumer Financial Protection Bureau, government sponsored enterprises, and new law stemming from litigation in the mortgage industry. She received a BA in art history from Boston University, and a J.D. from the University of Tulsa College of Law, specializing in international and comparative law.