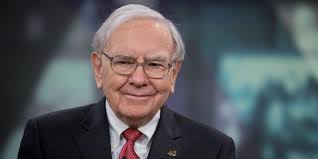 This week, Warren Buffett, Chairman, and CEO of Berkshire Hathaway talked current market conditions and what might be his favorite bank in his most recent interview with CNBC’s Squawk Box.

According to the billionaire investor, valuations make sense with interest rates where they are. “I mean, in the end, you measure laying out money for an asset in relation to what you are going to get back, and the number one yardstick is U.S. governments,” he said.

“If I can be short the 30-year bond at 3 percent or something and long the S&P 500 and just have it put away for 30 years, stocks are going to far outperform bonds,” he said. “The question is which variable is going to change. Everybody expects interest rates to change. But they've been expecting that for quite a while.”

Later during his interview, when asked what Buffett's favorite bank is, he responded by comparing it to asking someone who’s their favorite child.

Buffett immediately followed the statement by saying that, “Bank of America has done a sensational job under Brian Moynihan.”

Despite Moynihan struggling when he first came into his role at BofA, according to Buffett, “he had a lot of rocks to turn over, and it cost a lot of money. And he just set out step by step to bring the bank back.”

“He has really done a job, and we will be holders of BofA stock for a long, long, long time,” Buffett said.

Read the full transcript of Buffett’s interview, by clicking here.

Previous: What TRID Did: A Mortgage Insurer’s Perspective
Next: The Week Ahead: HUD, Treasury, and Fed Nominations