Home >> Daily Dose >> What TRID Did: A Mortgage Insurer’s Perspective

What TRID Did: A Mortgage Insurer’s Perspective 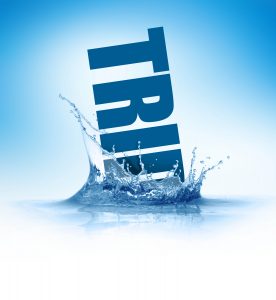 Editors Note: This article was originally featured in the October edition of MReport, available now.

With the two-year anniversary of the TILA/RESPA Integrated Disclosure rule (known informally as TRID) implementation happening this month, it’s a good time to step back and take a look at its impact on the mortgage insurance industry and the larger mortgage space. Though it initially met with some resistance, TRID will likely remain as part of a core set of protections for borrowers, along with the qualified mortgage rule, which ensures borrowers aren’t put into loan products that they don’t have a verified ability to repay. The industry has also seen improvements from the insurance side, as government-sponsored enterprises (GSEs) have implemented a more robust framework for eligible insurers, and state insurance departments are considering a uniform update to state laws that are applicable to MI companies. With this strong framework in place, the mortgage industry can maintain strong ethics, pro-consumer practices, and greater innovation and transparency.

Where It All Began

TRID, of course, was born in a particular context of financial crisis and regulatory response. Deregulation during the 1990s and early 2000s, like the abolishment of the Glass-Steagall restrictions on banks affiliating with securities firms, was arguably a contributing factor in creating the financial crisis. The financial crisis, in turn, led to the passage of the Dodd-Frank Act (Dodd-Frank), which included substantial new regulatory requirements designed to prevent a similar crisis from occurring in the future. Dodd-Frank also established the Consumer Financial Protection Bureau (CFPB), the new regulator on the block, which was structured as an independent agency and not subject to congressional appropriations. Compliance costs associated with meeting TRID’s very precise requirements increased, as did resulting origination costs. The initial enforcement posture of the CFBP was aggressive, making lenders, originators, investors, and other market participants unwilling to take on compliance risk.

While the pendulum may have swung too far, not all provisions of Dodd-Frank have had a negative result. TRID, for example, was designed to empower borrowers with clear information, and recent surveys show that consumer satisfaction has increased. Implementation was bumpy, but it also drove innovation and streamlined processes. Today, the regulatory framework seems to be moderating a bit, with a presidential executive order aimed at reducing regulation and controlling regulatory costs. The authority of the CFPB is being challenged in court in the PHH case, and in addition the CFPB seems to be more forthcoming with publishing guidance to clarify uncertainty on the interpretation of TRID that has existed for the past two years, suggesting that we may lose some of the compliance frustrations of recent years while keeping the advantages.

TRID was designed with the underlying goal of empowering borrowers with clear information to make informed choices on getting a mortgage. This works in part by requiring standardized disclosures, known as the Loan Estimate and the Closing Disclosure. TRID’s precise requirements are intended to allow borrowers to compare the cost of the mortgage transaction offered from lenders and originators.

TRID’s initial impact was not entirely positive. At the outset, it slowed turnaround times for the entire process. There was a lack of clarity around what exactly the rule required of different parties, and the CFPB was slow to publish clarifying guidance, which led some to question the rule’s value. With time, however, many of the initial questions and uncertainties have been resolved and TRID has led to significant beneficial changes.

As processes have become more streamlined and TRID has been incorporated into day-to-day business, innovation is following. As a result, industry standards for consumer experience and compliance in the mortgage industry have evolved greatly in just two years. In an industry long considered short on technological innovation, this progress is welcome news.

Among the innovations are data-driven processes designed to make risk more transparent. In the mortgage insurance industry, for example, a new risk-based pricing program (i.e., Arch MI RateStar®) allows customers to obtain the most precise mortgage insurance rate possible for each loan they insure, rather than the traditional rate sheets that used to set MI premium prices for undifferentiated groups of borrowers. Through this program, we’ve seen the integration of more and more third-party providers into loan origination and product pricing and eligibility (PPE) systems.

Fannie Mae’s Day 1 Certainty also gives lenders an improved borrower experience through greater speed and simplicity using certified third-party data aggregators. This sparks increased transparency and speed by relying on the larger ecosystem of participants to validate data information in originations of files and then working with lenders to provide underwriter collateral tools that give relief from GSE repurchase with a sufficient score. GSE involvement has increased data-driven initiatives, introducing new data technologies to the table that ensure decisions are being made off of sound analytics.

Additionally, GSEs have been collaborating with MI companies to coordinate on relief from repurchases, credit relief, and appraisal relief. Though we are not yet fully aligned, there is progress, as demonstrated by the new master policy that MI companies implemented in 2014 that limited the ability for MI companies to rescind customer claims. There is also more collaboration in terms of aligning rescission relief provided by MI companies to that provided by GSEs from repurchase demands. Together, MI companies and GSEs are using data and analytical tools from third-party verifiers to call the loan files “good” soon after or before they close, if possible, to limit the tail rescission risk when a loan stops performing. Though TRID may not be directly related to each of these collaborative efforts, its encouragement of transparency and teamwork leads to a more open mortgage industry.

The increased use of digital data-driven processes has also created an increased ability to scale. With greater pools of high-fidelity data available, the industry is able to accelerate and expand the use of alternative, innovative forms of credit risk transfer, particularly those utilizing reinsurers. These new models are also aiding in the creation of comprehensive plans to enhance housing affordability and access. Effective scaling happens through frequent data integration. A key component of the GSEs’ duty to serve programs includes measuring the success of pilot programs. Without accurate data provided through collaboration with third-party vendors, there is no precise way to assess the efficacy of these programs. Data sharing is the key to measuring success. TRID has made this data transfer possible by empowering parties to adopt new technologies that make sharing and interpreting information highly compliant and nearly instantaneous.

While TRID is prompting collaboration and transparency between different parties in the mortgage industry, it’s also driving the CFPB to be more transparent in terms of solidifying practices. Unlike its predecessor, the U.S. Department of Housing and Urban Development (HUD), which relied on FAQs to interpret different regulations, the CFPB has publicly said it can’t be relied on to make official pronouncements on how laws should be understood. Rather, the CFPB requests public comment on a wide variety of topics to inform their work. Though not all gray areas have been addressed, this movement toward a more collaborative ecosystem has helped to solidify TRID 2.0 as part of the set of rules promoting stability.

What’s on Tap for TRID

As the industry shifts to create more transparency for the borrower, I’m optimistic that the protections trickling throughout the mortgage ecosystem will continue to spur responsible growth for the industry and, ultimately, help people realize their dream of homeownership. The compliance burden is easing as regulators publish guidance that addresses existing uncertainties. As that process continues, lenders will feel more comfortable expanding the number of loans they feel can be safely made without undue compliance risk, and more consumers will realize the American Dream of homeownership in a compliant, understandable, and timely fashion.

A new study looks at how the affordability crisis began in the state and the barriers standing in its way.