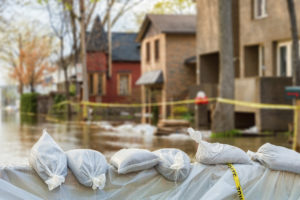 The regions that have been declared disaster areas in North and South Carolina, following Hurricane Florence, are home to 1.2 million properties of which 474,000 carry at least one mortgage, according to a report on the mortgage market released by Black Knight on Monday.

The report, which took a closer look at the state of mortgages in the hurricane-hit regions of the Carolinas revealed that these regions also had a disproportionate concentration of VA loans, with 20 percent of all mortgages being made up of these loans compared to the national average. In some counties, the report indicated, 40 percent of all mortgages were VA loans. The high proportion of these loans can be attributed to the presence of Fort Bragg, Camp Lejeune and a heavy veteran population in this region.

“Although the situation in the Carolinas continues to evolve as we speak, we are beginning to get a sense of the potential scope of the storm’s impact from a mortgage performance aspect,” said Ben Graboske, EVP of Black Knight’s Data & Analytics division. “As those affected by the storm begin recovery efforts, recent history suggests many will have some difficulty remaining current on their mortgages.”

He pointed out that if the post-storm trajectory followed that of Hurricanes Harvey and Irma, thousands of Americans affected by Hurricane Florence were likely to slip on their mortgage payments in the coming months. According to Black Knight, the area also had a higher-than-average delinquency rate of 4.4 percent going into the storm, as compared to the national average of 3.5 percent.

"While negative equity in the affected area is limited, at just over 3.0 percent of the population, higher leverage is certainly something to monitor, particularly for borrowers who are financially impacted by the storm," Graboske said. "That becomes even more of an issue when you consider the area’s disproportionate concentration of VA mortgages – which offer borrowers the option of up to 100 percent LTV loans and may be skewing the average CLTV higher."

Previous: The Week Ahead: Spotlight on Q3 Earnings
Next: Is the Homebuying Market Softening?