Is Silence Golden?: The Relationship between Noise & Home Prices 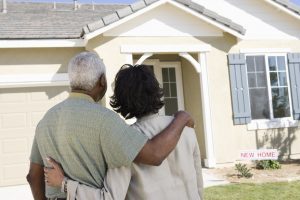 A report on a recent case study has been released by Collateral Analytics entitled “The Impact of Noise on Residential Property Value.” The report attempts to address this question, and points out early on the clear defects noise has on one’s physical well-being. These negative effects include, but are not limited to, hypertension, cardiovascular disease, and various psychiatric disorders. The long-term goal as discussed by the report’s authors—Dr. Michael Sklarz and Dr. Norman Miller—is to establish definitive noise measurements and integrate them as a single “noise variable” that in turn can be shown to positively or negatively affect the valuation of a home.

Whereas assessing the level of noise is easy—anything below 30 decibels is considered “quiet,” whereas anything over 80 decibels is considered loud, similar to a garbage disposal or aircraft passing overhead—assessing its causal link with home prices remains somewhat elusive. Collateral Analytics’ report discusses several earlier studies that attempted to determine the relationship between noise and home prices. None of these studies were definitive, however. One study back in 2005 failed to establish any meaningful correlation, but this study’s focus on proximity to an airport could have introduced outside variables such as centrality of homes to major urban centers which mitigated the overall effect noise had.  Other studies have affirmed how the centrality of neighborhoods can and often does cause a non-linear relationship between noise and home values to emerge in subsequent data.

Another study done in Hamburg, Germany in 2011 sought to establish a connection between road noise exposure and residential property values, and while the study affirmed a connection, with prices dropping the greater the noise was in certain neighborhoods, it also concluded that future research into this field establish adequate coefficients to offset other factors, such as air pollution, associated with roads. Another study conducted in Korea in 2013 that for every decibel unit added to the overall noise, there was a corresponding 0.53 percent decrease in home prices.

The report presented by Collateral Analytics focuses specifically on the area of San Diego, and incorporates information obtained from in 2017 that analyzed the impacts of various sources of noise, including road, rail, and air traffic. This study found that noise caused by air traffic had the most negative impact on home prices, with the effects of road and rail traffic also correlated but less influential. Overall, the results show that outside variables such as centrality of properties—whether or not homes are close to downtown, for instance—still definitely offset the effects of noise. Future studies are called for, and possible means for mitigating the effects noise has are mentioned also, particularly in design and construction, such as triple-insulated windows in high-decibel areas.