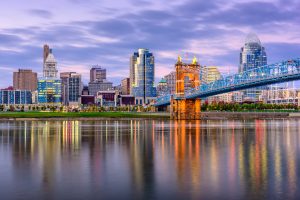 Realtor.com’s found that nearly half of the top-20 markets are in the Midwest, with price-conscious buyers moving to the market. Seven are in the West, and the South and Northeast each have two.

"Demand for homes remains really high as a result of consumer confidence and a growing population of millennials," said Javier Vivas, Director of Economic Research at realtor.com. “Low mortgage rates help, too. Making the purchase decision is easier now than it was before.”

Vivas called Fort Wayne a “hidden gem,” as it is bringing in buyers who are priced out of larger metros such as Indianapolis, Indiana; Chicago, Illinois; Cincinnati, Ohio; Columbus, Ohio; Cleveland, Ohio; and Detroit, Michigan.

The metro that reported the largest jump was Janesville-Beloit, Wisconsin, which jumped from No. 75 last year to No. 8 in the latest rankings.

Burlington, North Carolina, came in at No. 11 this year after being tied for second in September 2018.

Realtor.com added that while homes in the top-20 markets sell faster, 12 of them are seeing homes stay on the market for longer when compared to 2018. The biggest slowdowns were in Stockton, California (seven days); Dayton, Ohio (six days); and Vallejo, California (five days).

California metros, including San Jose and Sacramento, reported a decline in the number of homes for sale. Scarcity, according to realtor.com, tends to drive prices up, making buyers move quicker.

Previous: The Stresses of Selling a Home
Next: Eye on the Industry: US Bank to Offer One-Tap Pre-Approvals