Home >> Daily Dose >> What Would Happen to PNC Financial?

What Would Happen to PNC Financial? 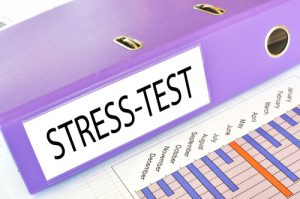 PNC Financial, one of the largest diversified financial services institutions in the U.S., released the results of its mid-cycle company-run stress test Wednesday showing they are still able to weather the storm if worst-case scenario conditions happen.

Based on balance sheet information as of June 30, 2017, PNC Financial Services Group is required to conduct a mid-cycle company-run stress test per the regulations issued by the Federal Reserve under the Dodd-Frank Wall Street Reform and Consumer Protection Act. This test covers January 1, 2017, to March 31, 2019.

“The supervisory severely adverse scenario provided by the Federal Reserve and OCC for the 2017 annual company-run stress test assumes a severe global recession that is accompanied by a period of heightened stress in several markets, including corporate loan markets and commercial real estate markets,” the release said.

According to PNC, under the hypothetical, severely adverse scenario, its ending and minimum regulatory capital ratios would be as follows:

The results of PNC’s stress test are forward-looking and entirely hypothetical macroeconomic assumptions that are much worse than what the Federal Reserve or PNC anticipate. The release stresses that the results do not represent a forecast of PNC’s future capital levels or expected economic conditions.