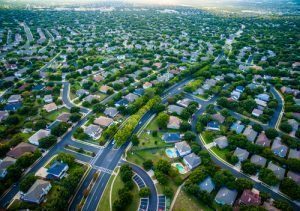 While urban areas across the country contain the highest property values, it’s the suburbs that are often most costly for homebuyers. At least that’s the conclusion drawn by the 2018 Zillow Group Report on Consumer Housing Trends, a which analyzes and compares the costs of buying a home across urban, suburban, and rural areas nationwide.

Zillow’s report shows that homebuyers in urban areas must set aside a larger share of their income to afford monthly mortgage payments in comparison to those buying into suburban or rural markets. Those buying into the urban market must spend 26.5 percent of their monthly income on their mortgage, compared to 20.2 percent in the suburbs and only 13.4 percent in rural areas. The Seattle metro area is representative of this average, where 40.4 percent of median household income must be set aside for urban homebuyers, compared to 27.4 and 24.4 percent for suburban and rural homebuyers, respectively.

Nearly half of homebuyers (48 percent) in the top metro areas purchase a house in the suburbs, however, and low inventory in these areas is making that decision more expensive. This accounts for over two-thirds of the current U.S. market, and in some of the hottest markets in the country (17 of the 35 top metro areas), suburbanites end up spending more of their monthly income on their mortgage payments than those living in rural or urban areas.

Previous: Confident in Earnings, Less So in Spending
Next: Mortgage Rates Approach 5 Percent