Home >> Daily Dose >> Insurance Rates Can Jump 21% After a Claim

Insurance Rates Can Jump 21% After a Claim 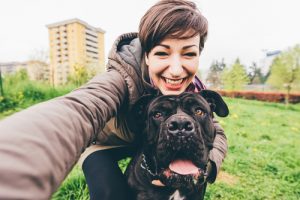 Some people will do anything to avoid making a claim against their homeowners insurance, and for good reason, rates on average jump 21% after a single claim.

ValuePenguin, a data analysis company owned by LendingTree, has found that the yearly cost of home insurance after a personal liability claim rises in every single state. In some states, the price does not just rise by a meager amount—it skyrockets.

For the report, Andrew Hurst, a SEO Marketing Research Analyst at ValuePenguin, analyzed insurance rates in every state before and after a $100,000 personal liability claim and found that the average cost of homeowners insurance in the U.S. Is $1,697 a year. After a claim, that number increases to $2,051.

On the other hand, the cheapest state to be sued in is California, where rates only increased by 5%, or $106, after a claim.

“Why do rates rise differently across U.S. states after a claim? Insurance providers set their rates according to risk,” Hurst said in his report. “Companies may view one population as more litigious than others, or certain consumers' behaviors may suggest that repeated, expensive lawsuits commonly follow a single personal liability claim. In both cases, insurers respond to risk by setting higher premiums.”

Surprisingly, the report found that owning risky property, such as certain dog breeds or a trampoline, did not meaningfully impact rates, although some insurance companies prohibit them.

“Homeowners insurance premiums can increase based on how risky it is to insure a policyholder,” Hurst said. “Homeowners with restricted types of dog breeds—such as pit bulls, Dobermans, German shepherds and Akitas—and those who own potential sources of injuries, like trampolines, can see higher rates or may even be denied coverage outright.”

“ValuePenguin analysts compared the cost of coverage for policyholders with and without dog breeds that may be riskier to insure, and with and without a trampoline,” Hurst continued. “For both types of policyholders, the cost of coverage only increases by an average of 1% across all 50 states and the District of Columbia compared to those without one of these dogs or a trampoline. Moreover, there are 28 states where the average increase is 0% for both dog and trampoline owners.

Two outliers to this are Michigan and Ohio—in Michigan, owning a restricted breed dog can raise insurance rates by 25% while owning a trampoline in Ohio can raise rates for homeowners by 10% on average.

One answer to keeping rates as low as possible is to take out additional personal liability insurance. While the homeowner is protected up to a certain dollar amount, the costs of going to trial can quickly add up, outpacing their coverage. Hurst found that in most states, homeowners can increase their coverage 400% ($100,000 to $500,000) for just a 2% increase in yearly rates.

“The most expensive place to significantly raise the limit of one's liability coverage is Pennsylvania, but doing so only increases the average cost of homeowners insurance in the state by 5%,” Hurst said. “And, conversely, the state where it's least expensive to raise the limit is North Carolina. In that state, adding another $400,000 of liability coverage increases rates by less than 1%, or just $6 on average.”

Previous: Putting Lending Under the Microscope
Next: Rate Lock Volume Falls 10% in September