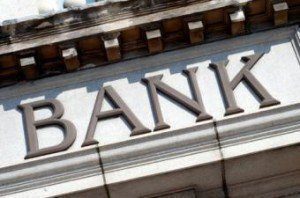 The top big banks of the U.S. - JPMorgan Chase, Citigroup, and Wells Fargo announced their third-quarter earnings for 2018 on Friday. All the three banks posted an increase in revenue, led by an increase in consumer lending.

However, while Wells Fargo’s home lending business saw an increase, with its mortgage banking income increasing to $846 million in Q3, from $770 million in Q2, home lending at JPMorgan Chase decreased 16 percent to $1.3 billion  driven by lower net servicing revenue, as well as loan spread and production margin compression, the bank said in its earnings statement.

Overall income at all the three banks saw an increase in the third quarter. While JPMorgan's income posted a 24 percent increase to $8.4 billion, Wells Fargo said that its net income had increased to $6 billion, compared with $4.5 billion in the third quarter of 2017. Citi reported a net income of $4.6 billion compared with $4.1 billion during the same period a year ago.

"In the third quarter, we continued to make progress in our efforts to build a better Wells Fargo with a specific focus on our six goals: risk management, customer service, team member engagement, innovation, corporate citizenship and shareholder value," Tim Sloane, CEO, Wells Fargo said in a statement. "We are strengthening how we manage risk and have made enhancements to our risk management framework. We also continued to make progress on customer remediation, which is an important step in our efforts to rebuild trust."

Speaking about the macro economic factors that are likely to impact the market in the long run, Jamie Dimon, CEO, JPMorgan Chase said that the U.S. and global economy continued to show strength despite increasing economic and geopolitical uncertainties which "at some point in the future may have negative effects on the economy."

Additionally he said that JPMorgan Chase had delivered strong results this quarter with top-line growth in each of its businesses. "In Consumer & Community Banking we attracted record net new money this quarter, driving client investment assets up 14 percent, and we saw continued double-digit growth in card sales and merchant processing volume. Our customer satisfaction across CCB is at or near all-time highs, and we continue to grow deposits faster than the industry, even as the pace slows with rising rates."