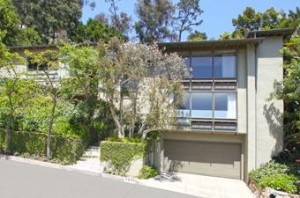 In areas like Napa and Sonoma Counties, competition for housing has increased exponentially. It's one result of devastating wildfires that have cut a swath through many parts of California, according to Realtor.com. Those who lost their homes need to plant roots again somewhere, and the report indicates many desire to stay in the area.

As it was, housing shortages already were hitting areas such as Napa and Sonoma Counties hard, stoked by buyers from previous fires and pandemics not to mention affluent residents of San Francisco abandoning the city and scooping up large countryside homes in places like those. As a result, they were going head to head for housing with supplanted residents, further fanning prices.

"Deep-pocketed San Franciscans fleeing the city have been buying up spacious homes on large plots of land in the countryside near bucolic vineyards and award-winning restaurants. Now those rendered homeless are competing with transplanted city buyers, driving prices up even further," reported Realtor.com.

Last month, in Napa County, the median home list price set a new record at $1,299,550, a hike of 30.1% from last year. The median price in Sonoma County was $809,550—a bounce of almost 7.7%. Meantime, according to real estate brokerage Compass, in the third quarter of this year, Napa County sales parachuted 40% contrasted to the same quarter last year, and 53.1% in Sonoma County.

That said, researchers doubt the demand will remain so strong.

"Those same fires causing prices to rise could eventually cause demand to falter—especially if they threaten the same areas year after year. That could lead prices to fall down the road. Residents scarred by annual evacuations, close calls, and loss of their homes along with skyrocketing insurance rates may eventually decide to leave the area, and potential new buyers may stay away," Realtor.com reported.

If so, eventually, prices could decelerate as residents decide to leave, prompted by regular evacuations.

“We have no historical precedent for what we’re seeing in 2020: more fires more widely distributed with more intensity," says Tom Jeffrey, a Senior Hazard Scientist at CoreLogic, a real estate information firm.

In the aftermath of a large-scale disaster, widespread price gouging in surrounding communities that were spared is common, says appraiser Randall Bell, CEO of Landmark Research Group, which analyzes real estate after cataclysmic events.

For years, the ultimate American Dream meant not only owning a home, but owning a home in California, as MReport has reported.  But the Golden State, according to analysts, is losing ground as the most-desirable place to dwell. So what states stand to replace it?

A severe housing shortage, exacerbated by the coronavirus pandemic, has led to California's claim to the most expensive home prices in the nation. Wildfires this summer have devastated the northern part of the state. In the midst of a deep recession, many are being priced out of their neighborhoods. Others are questioning why they're spending so much money each month to live there—especially with companies in places such as Silicon Valley allowing employees to work from home.

That is all converging at once to test the state's true appeal, reported Realtor.com.

"Nobody in their right mind would bet against California," Real Estate Professor Christopher Leinberger of George Washington University, in Washington, DC told Realtor.com's Clare Trapasso. "However, the Golden State can't be golden forever with the ridiculousness of the home prices."