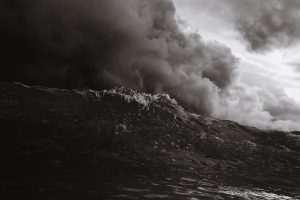 Mere weeks after Hurricane Laura delivered the most intense storm to hit the northwestern Gulf Coast since 1856, Hurricane Delta ravaged a similar path, making landfall near Creole, Louisiana Friday as a mid-Cat 2 storm. CoreLogic, a provider of property data and analysis that has been tracking disaster-related losses throughout 2020 (via its 2020 CoreLogic Storm Surge Report) on Wednesday published its latest findings, which revealed $0.8 to $1.5 billion additional damage to the Delta-impacted areas. Actual damages did not reach worst-case projections issued last week. Just before landfall in Cameron Parish, about 15 miles east of where Hurricane Laura devastated communities in late August, Delta weakened, CoreLogic reported. Still, company representatives say property owners and insurers face significant work ahead.

“Recovery from Hurricane Delta will likely be exacerbated due to ongoing rebuilding efforts following Hurricane Laura,” said Tom Larsen, principal, insurance solutions at CoreLogic. “Damage from Hurricane Laura extended inland and concentrated on roofs and exterior building cladding, and Delta’s impact could have a double-jeopardy impact. For homeowners, it is critical to work hand-in-hand with insurers to understand their coverage and financial responsibility.”

The report includes information about insurance laws and deductibles in Louisiana that could prove crucial.

For example, CoreLogic reported, "In 2009, Louisiana passed legislation mandating a single annual hurricane deductible for homeowners. It is expected that most insured homes with damage from the two hurricanes in 2020—Laura and Delta—will be subject to only a single hurricane deductible, unless a homeowner has changed insurance carriers between storms."

"The predominant insurer of flood coverage of homes in Louisiana is the National Flood Insurance Program (NFIP) which is federally regulated. The NFIP policy is a loss-occurrence based policy and these two storms are expected to be treated as separate flood events." (More about the recent extension of the NFIP).

CoreLogic's current estimates are based on the October 11, 8 p.m. Eastern Daylight National Hurricane Center advisory of the storm. It analyzes shore losses for residential homes and commercial properties and "incorporates contents and business interruption, but does not include broader economic loss from the storm," the company reports, adding that, "a separate analysis estimates the impact to offshore oil and gas facilities."