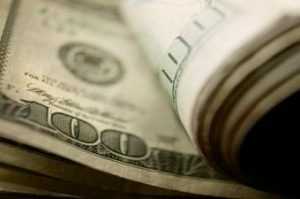 Analysis from Zillow [1]found that the typical $1 million home in the U.S. is a 2,000-square-foot single-family home with four bedrooms—but it won’t get you a second bedroom in San Francisco.

"Owning a $1 million home was once a status symbol, but now, due to escalating home prices, it feels closer to the price of entry for homeownership in parts of the country," said Cheryl Young, Senior Economist at Zillow.

The report states that in 87 of the largest 100 cities studied, a detached single-family homes is the standard for a $1 million home. All have at least three bedrooms and one-and-a-half bathrooms, ranging from 1,400-square-feet in Fremont, California, to more than 7,000-square-feet in El Paso, Texas.

Also, $1 million can afford a mansion in 10 of the largest U.S. cities—four of them are in Texas.

The smallest $1 million homes are found in Hawaii and California. The average $1 million home in the markets of Honolulu, Freemont, Oakland, San Jose, and Los Angeles are less than 2,000 square feet.

Millionaires in some cities share walls with their neighbors, either in a multi-unit building or a row house that has common sidewalls. Zillow states that condos make up a larger share of the million-dollar market in larger, coastal cities. However, the smallest $1 million homes of any type can be found in San Francisco, with the “standout homes” being a 900-square-foot condo.

The typical condo in nearby Irvine, California, is nearly 2,100-square feet—larger than some $1 million detached homes in Los Angeles.

“This proliferation of smaller $1 million homes in pricey markets points to how out of reach homeownership likely is for middle-class families or first-time buyers,” Young said. “Those hoping to own in those expensive markets are forced to move farther out from city centers, or to markets where you don't need $1 million to afford a home big enough for your needs."

Affordability has been a theme for the housing market through 2019, and Frank Nothaft, Chief Economist with CoreLogic, discussed reasons why entry-level homebuyers are struggling to find affordable housing.  [2]

Nothaft said that while home prices have been steadily rising for many years, CoreLogic has found that lower-priced homes have appreciated more than higher-priced homes.

CoreLogic states that since May 2018, prices of homes more than 25% above the average have risen 3%, compared to 5.5% for homes priced more than 25% below the median.