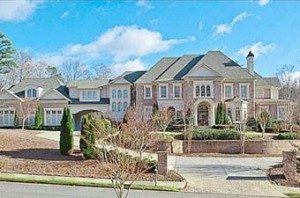 “The housing market is beating expectations this month both through the lens of construction activity and home sales, which posted notable growth in September,” said Jonathan Kanarek, COO, BuildFax. “Single-family housing authorizations and existing home sales have risen to highs not seen in a year.”

The report adds that the three-month outlook from July to September 2019 fell 2.11%. The rate of new construction is just below 2018’s pace, but month-over-month increases suggests lower mortgage rates are “providing a slight boost to the market.”

“Maintenance volumes made significant ground this month, in comparison to the more gradual increases in July and August. Additionally, remodel volume and spend—a subset of maintenance that includes renovations, additions, and alterations—increased 7.22% and 9.55% respectively,” the report states.

“Amidst concerns of a recession, it’s promising to see the housing market responding to the impact of mortgage rate decreases and other positive moves in the market,” Kanarek said. “If housing continues showing the promise of growth, or even a leveling off, this activity has the potential to stimulate the larger economy.”

BuildFax notes that Washington D.C is experiencing a housing boom in 2019, due to what many are calling the “Amazon effect.” Amazon’s new HQ2 is planned to open in Northern Virginia.

Previous: Altisource Adds VP of Enterprise Sales
Next: The Most Overvalued Cities by Home Prices