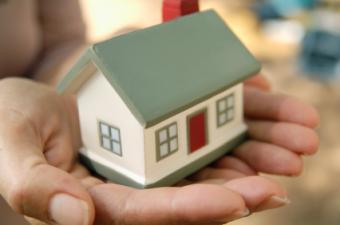 On the surface, the latest news was not good for housing starts: a 9 percent over-the-month decline and a 12 percent drop over-the-year in September down to an annual rate of 1.05 million units.

A closer examination into the data from the HUD/Census Bureau New Residential Construction Report for September 2016, however, reveals that the outlook is not so gloomy.

“Today’s data spawned some ominous headlines, but if you look closer this is actually a very encouraging report about new construction to come in the months ahead,” Smoke said. “True, housing starts dropped—but we have to take that with a grain of salt because it came from such thin data. On the other hand, the permitting data released today blew by analysts’ expectations. It also showed that this year’s most troubling trend in new construction has clearly reversed: Permits are outpacing starts, which indicates that developers and builders are finally planning for more growth ahead. That’s great news for both the economy and the consumer.” 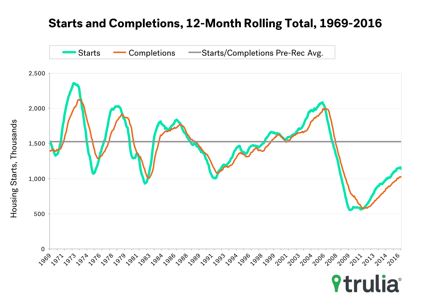 Smoke continued, “A persistent lack of growth in new construction has given us low vacancies in rentals and very low inventories of homes for sale.  That has produced above-average increases in rents and prices—but today’s data is a good sign that we could be turning the page on this troubling scenario. Let’s hope this trend persists.”

Trulia Chief Economist Ralph McLaughlin cautioned that the rate of increase for gains in single-family housing starts has slowed in five of the past six months, “which means homebuyers will see fewer new homes come on to the market in the next 6-12 months.”

“While housing starts continue to inch up to their pre-recession average, they’re only about 75 percent back to normal,” McLaughlin said. “Housing completions, which represent tangible new supply for homebuyers, is even lower at 67 percent. Though homebuilders continue their slow and steady charge, there is much room for growth headed into 2017.”

Previous: Many HELOC Borrowers are in for a Shock
Next: Fiserv Aims for Faster Modification Process with CoreLogic Integration