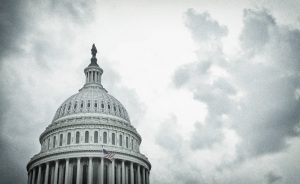 Rep. Maxine Waters, Chair of the House Financial Services Committee, met with a number of D.C. area housing groups and advocates organized by the Evangelical Lutheran Church in America and other interfaith groups, the Green New Deal Network, the National Coalition for the Homeless, and the National Housing Conference to make clear that housing is infrastructure, and that she will oppose cuts to housing investments.

Rep. Waters was joined by Sen. Sherrod Brown, as the two pledged to continue fighting to ensure the Build Back Better Act reconciliation package currently being considered by Congress includes the robust funding needed to address the nation’s affordable housing crisis.

“We are on pins and needles as we await some of the decisions being made at the White House,” Chairwoman Waters said at the National Housing Conference event. “There are so many people who work every day, but they cannot afford the high cost of rental housing, and they are simply seeking some help from their government.”

Rep. Waters and Sen. Brown reminded the White House and fellow colleagues in Congress how foundational housing is to successfully tackle other priorities, including childcare, healthcare, climate change, and racial inequity.

Democratic Members of the House Financial Services Committee passed the housing title of the Build Back Better Act on September 13, which includes $327 billion in housing investments. These funds would:

In testimony before the House Financial Services Committee on Thursday, Rep. Waters continued her push for equitable housing at the hearing, “A Strong Foundation: How Housing is the Key to Building Back a Better America.”

“We cannot build back better without investing in our nation’s crumbling housing infrastructure,” said Rep. Waters in her testimony. “Housing is not a miscellaneous afterthought, a nice-to-have, or something that can wait until later. Housing is foundational, and America has waited long enough.”

She also recently penned a letter calling on President Joseph R. Biden, House Speaker Nancy Pelosi, and Senate Majority Leader Charles Schumer to include the Committee-passed housing provisions in the Build Back Better Act. The letter was signed by every Democratic Member of the House Financial Services Committee.

“As we continue to work together to pass a broad-ranging and comprehensive infrastructure plan, we cannot ignore the immediate housing infrastructure needs facing individuals, families, and communities throughout the United States,” said the letter. “This is especially true for low-income people and families of color who disproportionately lack equitable access to housing opportunities due to an ongoing history of discriminatory policies and federal underinvestment in their communities’ needs.”

Previous: A New Way to Resolve Mortgage Relief
Next: Family Is an Important Factor for First-Time Homebuyers