Upgrades Made to Over 130 RMBS Re-Performing Loan Classes 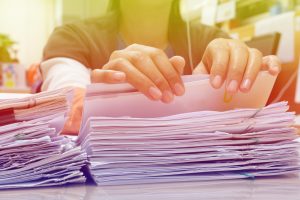 Based on the data, 258 classes have a positive outlook and 246 have a stable outlook, which can be found on Fitch Ratings website by doing a title search for “U.S. RMBS Ratings Actions for Oct. 20 2017.” Those interested in an updated probability of default (PD), loss severity (LS) and expected loss (XL) can be find that information by searching “U.S. RMBS Loss Metrics” on Fitch Ratings’ website.

Fitch’s analysis rates scenarios from “CCCsf” to “AAAsf.” The CCCsf scenario is a most-likely base-case scenario and any scenarios above CCCsf are increasingly more stressful and less likely to occur. The primary driver of the loss scenarios is the home price forecast assumption.

In a “Bsf” scenario, Fitch assumes home prices decline 10 percent below their long-term sustainable level and the home price decline assumption is increased by 5 percent at each higher rating category up to 35 percent decline in the “AAAsf” scenario.

According to Fitch Ratings, performance has been stronger than expected and projected losses have improved since its prior review. The base-case projected loss has gone down 70 bps and the “AAAsf” stress scenario loss went down by 90 bps. This was mainly driven by low delinquency and home price appreciation.

The pools reviewed by Fitch Ratings had an average serious delinquency rate under five percent. Conditional prepayment rates (CPS) are averaging 19 percent and pool factors average around 84 percent, while the average credit enhancement (CE) of investment-grade classes reviewed increased from 31 percent at issuance to 40 percent today.