Home >> Daily Dose >> Montgomery: “FHA Cannot and Should Not Be Taken for Granted”

Montgomery: “FHA Cannot and Should Not Be Taken for Granted” 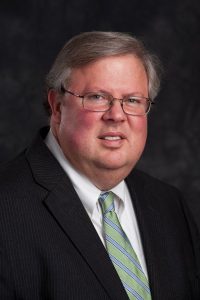 On Wednesday, the Federal Housing Administration (FHA) Commissioner, Brian Montgomery, shared his vision for the FHA, touching upon initiatives that the agency is undertaking to fulfill its mission of providing affordable housing for low- to middle-income buyers, minorities, and other vulnerable population in America.

He was speaking at the seventh annual AEI-CRN conference on housing markets and finance, where experts from a variety of backgrounds shared lessons learned from their efforts to objectively measure housing risk and apply it to today’s market conditions.

On the current priorities at the FHA, Montgomery said that his focus was on strengthening three aspects of the agency—staying true to its core mission of providing affordable housing for first-time low- to middle-income homebuyers and minorities; strengthening the agency’s capital by “sharing the integrity of our endorsements and attracting the best lender partners”; and appropriately managing risk for borrowers and partners of the taxpayers whose “hard-earned dollars are at work.”

“We’re not looking at gobbling the market share of the private sector, but we are about affordable housing, we are about access to credit for first-time low- to moderate-income and minority homebuyers and we perform the heroic and counter-cyclical role in times of duress,” he said giving insights into the agency’s focus areas and why the FHA’s stewardship “cannot and should not be taken for granted.”

In an upcoming interview on his second coming as FHA Commissioner with DS News, out on November 1, Montgomery had estimated that 70 percent of new homebuyers will be minorities in 20 years, with Latinos leading the pack in terms of FHA purchases. “Because of its unique ability to serve these cohorts— particularly minorities—the FHA is going to be of growing importance in the coming years,” he said.

At the conference, he touched upon the FHA’s role as a mortgage insurer saying that the agency was the largest mortgage insurer in the U.S. a single-family portfolio that exceeds $1.2 trillion. Adding its commercial insurance portfolio and healthcare facilities the portfolio's value rose to $1.3 trillion.

As a comparison, when Montgomery took over the job for the first time in 2005, the portfolio was at $375 billion. “The current $1.3 trillion book means that we have a huge fiduciary responsibility to the public,” he said. “Ultimately we must operate programs that are sustainable for borrowers, renters, taxpayers, and all our stakeholders.”

Highlighting some of the housing trends the FHA has seen, Montgomery said that over the first three quarters of 2018 the agency had seen a rise in risk indicators like rising home prices and though their increase had certainly seen some benefit such as rising home equity that has resulted in real equity returns for homeowners, the rising home prices could also lead to “imbalances in the housing market, especially when there’s a severe discrepancy between the supply and demand for housing.”

Additionally, he said that though interest rates remained relatively historically low, they moderated the impact on the affordability of housing.

Touching upon FHA’s recent changes to its reverse mortgage program called Home Equity Conversion Mortgage (HECM) Program, Montgomery said that last fall the FHA had made important adjustments to this program which had drained $14.5 billion during the year from the mutual mortgage insurance fund and continues to be heavily subsidized.

The FHA is working to improve the viability of the program to ensure that taxpayers don’t have to bail it out in future. Montgomery said that after a careful analysis the team had found that inflated appraisal values on HECM properties were “more common than we initially thought. So beginning October 1, we put measures in place to try and correct these biases. We will be looking at all HECM appraisals submitted and we may require a second appraisal if our reviews showed that there was an inflated value.”

He is also focusing the team's efforts on taking the requisite care of the administration's forward book. "We are seeing things in the book that is giving us pause and we continue to examine our single-family credit box. We are looking at the risk characteristics of some of the current policies regarding down payment assistance, cash out refinances and DTI ratios," Montgomery told the audience. "We need to be vigilant about fraud and lending schemes and we cannot allow bad actors to populate our business."

Technology was a key area that Montgomery said he was keen to update at the FHA. "Ensuring we have the right technology to manage the risk of our portfolio I think is just good governance," he said. “My highest priority has been to move FHA into the 21st century and beyond to ensure that we are able to serve the people who rely on us."

For this, Montgomery said that they needed not only state-of-the-art technology but also data analytics that were on par with the rest of the industry. However, he clarified that the agency didn’t plan to build a proprietary system but would seek to share systems with other agencies where possible to ensure this.

Previous: What Government Officials and Homebuyers Fear Most
Next: Celebrating Women-Owned Small Businesses