Home >> Daily Dose >> What Government Officials and Homebuyers Fear Most

What Government Officials and Homebuyers Fear Most 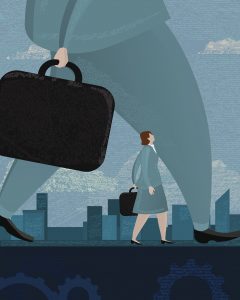 A report published by Wells Fargo and Governing Institute reveals that if there’s one thing that bothers both government officials and potential homebuyers, it’s the current lack of affordable homeownership. The report is the result of a survey, commissioned by Wells Fargo and carried out by the Governing Institute, that seeks to tally and analyze the views of more than 2,000 private citizens as well as multiple state and local government officials. The report is entitled “Solving the Home Affordability Crisis: A Guide for Policy Makers & Local Government Leaders” and considers and contrasts the aggregated pools of data before offering potential ways forward in seeking resolutions to common issues.

According to the survey, the general public mostly agrees that government should play some role in supporting homeownership-- 82 percent--and about half of those private citizens surveyed saw home affordability as either a crisis or a serious challenge. So what’s to be done about it?

Most government officials agree, at least, on the problem. In fact, 59 percent said that they were engaged, in some way, in ongoing processes and policies that affect homeownership. More than 40 percent said they believe the nation faces a housing crisis, and another 33 percent—while not seeing the issue as dire as their coevals—still believe affordability is a serious challenge that must be faced.

When queried on their desired preferences for government support, however, this is where government and private opinion diverge. Among citizens, the top preferences for support include policies that address neighborhood revitalization, improved transit options, and the construction of smaller houses. State and local government officials, however, support policies that primarily focus on developers and builders, programs that incentivize developers or require builders to focus on the construction of low-income housing.

Ultimately, the report takes account of the information gathered and offers a few areas where improvement can be the subject of focus. Adjusted fees for developers to a square-footage basis rather than per unit, for example, would encourage higher density housing construction. Also, it suggests that cities lacking land turn to community land trusts to open up local land supply. It also encourages the government to reinvest in first-time homebuyer programs.

“The ripple effects of the housing affordability crisis and its negative impacts on quality of life are being felt in communities across the U.S.,” said Mark Funkhouser, publisher of Governing magazine. “Fortunately, public officials in state and local governments understand the scale of the problem and are engaged in a variety of innovative practices and policy experimentations to make their communities more inclusive and affordable for all.”

Previous: Equifax and Yodlee Verification Products Accelerate Digital Mortgage Process
Next: Montgomery: “FHA Cannot and Should Not Be Taken for Granted”