The S&P CoreLogic Case-Shiller National Home Price Index indicated an annual price gain of 5.3 percent in August, higher than July’s 5.0 percent. And according to the National Association of Home Builders (NAHB), the seasonally adjusted annual rate of price appreciation for August is 7.6 percent, more than two and a half percentage points higher than in July.

“August Case-Shiller numbers suggest housing price trajectory is picking up again, as it was the second month where price growth was larger than the previous month,” Trulia Chief Economist Ralph McLaughlin said. “Earlier this year, price growth slid for five consecutive months and raised questions about where home prices were heading. We’re now seeing a reversing of that trend.”

Case-Shiller’s 10-City Composite Index increased by 4.3 percent over-the-year in August, a slight increase from an annual gain of 4.1 percent in July. The 20-city composite index rose annually by 5.1 percent in August, a notch higher than 5.0 percent in July. Portland and Seattle had the highest rates of annual appreciation in August with 11.7 and 11.4 percent, respectively. 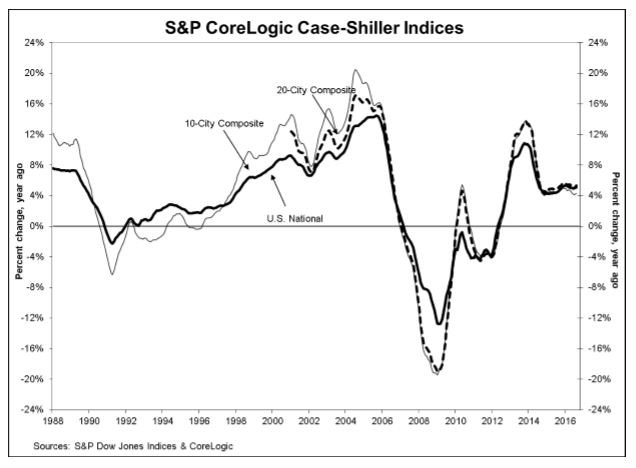