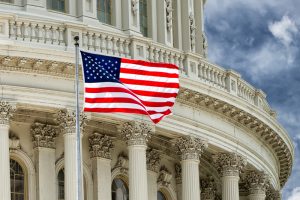 Since the Consumer Financial Protection Bureau (CFPB) first introduced a rule prohibiting companies from using mandatory arbitration clauses back in July, the merits of the measure have been hotly debated.

On Tuesday evening, this debate came to a head when the Senate repealed the arbitration rule with a narrow 51-50 vote that required Vice President Mike Pence to cast the tie-breaking vote. The resolution previously passed the House in July and now awaits presidential seal.

Earlier this week, CFPB spokesman Sam Gilford defended the rule in a response to a report released by the Treasury Department titled “Limiting Consumer Choice, Expanding Costly Litigation: An Analysis of the CFPB Arbitration Rule.”

“Our rigorous analysis of the costs and benefits of the rule found that mandatory arbitration clauses allow companies to avoid accountability for breaking the law and cost consumers billions of dollars by blocking group lawsuits,” said Gilford.

Among those applauding the vote was Acting Comptroller of the Currency Keith A. Noreika. “The elected representatives acted to stop a rule from going into effect that would have likely increased the cost of credit for hardworking Americans and made it more difficult for small community banks to resolve differences with their customers without achieving the rule’s goal of deterring future financial abuse,” said Noreika.

Also in support is National Association of Federal Credit Unions President and CEO Dan Berger. "While NAFCU strongly supports consumer protections, credit unions should not have been included in this rulemaking as they are not the bad actors the rule is meant to target. Credit unions should also have access to various forms of dispute resolution, but this rule, as written, could have led to a rise in frivolous lawsuits," said Berger.

In an earlier statement, Sen. John Kennedy (R-Louisiana) who voted against the repeal stated that the recent Equifax break was part of his voting decision. "Equifax needs to be transparent with the public, and that includes ensuring that consumers understand what legal recourses they may be giving up simply by trying to protect themselves from the repercussions of the breach."

After all the votes were cast, CFPB Director Richard Cordray called the move “a giant setback for every consumer in this country."