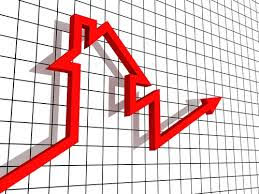 In a study looking at the 50 most populous cities across North America, Iuliana Mindru, a content writer for Point2Homes, was able to determine an affordability ratio for each city. Data for annual household income figures was pulled from the U.S. Census Bureau, Statistics Canada, and the INEGI’s Module of Socioeconomic Conditions 2015 in Mexico. Home price data was pulled from PropertyShark’s MLS database for the U.S. CREA and Local Real Estate Associations for Canada, and the Sociedad Hipotecaria Federal for Mexico.

To measure affordability, Point2Homes calculated an affordability ratio by taking the median home sale price and dividing it by median family income. The higher the ratio, the longer it takes for a family to pay off their house, therefore the wider the gap of affordability in the housing market.

The winner in most affordability, not just in the U.S. but in all of North America, was Detroit, at 1.8.

California stands out for having four cities in the top 10 for least affordable. Besides San Francisco, this included Los Angeles(12.1) at sixth, followed by San Jose (9.0) at eighth, and San Diego (8.3) at 10th least affordable.

Regarding the U.S. alone, the least affordable cities were Manhattan, San Francisco, Brooklyn, New York, and Los Angeles. Brooklyn stands out for being three times as expensive as the national median, even though it used to be moderately priced. It’s median selling price is currently $725,000.

The full report with additional infographics and data can be found here.