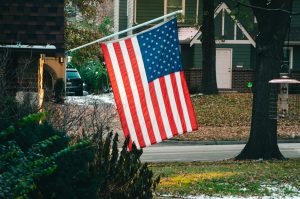 A record number of Americans have voted early in November's presidential election.

Due to the heightened interest, researchers at Realtor.com are doing their part to help anticipate results.

They pose the following questions, "Where do the deeply etched red-state/blue-state splits really come from? And how much can the huge housing differences across the nation tell us about how we got here—and where we're going?"

They turned to the data to find out.

"We analyzed eight major housing indicators, to see how greatly they diverged between red, blue, and swing states," Realtor.com reported. "We analyzed internal data to come up with metrics for home and rental price, price appreciation, home size, and inventory. We took the age of homes and the homeownership rate from U.S. Census Bureau data. The second-home information came from Optimal Blue, a real estate data firm specializing in lending information."

"Life can be really different, depending on where you live," says Chief Economist, Danielle Hale. "That's reflected in different real estate norms, and it has a role in how you view your life and your priorities and values." She adds that "owning a home literally gives people a stake in the ground, and that seems to translate into [more of] an incentive to vote."

Here are the some of the biggest housing differences between red, blue, and swing states that might help push one candidate or another to the finish line, according to the report:

Home prices tend to be higher in blue states, according to the research. "A lot of the differences you see between red states and blue states reflect the urban-rural divide. Urban areas have traditionally voted more Democrat, and rural areas have typically voted more Republican," says Jonathan Bydlak, Interim Director of the Governance Program at the R Street Institute, a libertarian think-tank. In this year's election, he adds, "We've seen an increased polarization between urban and rural lines."

Biggest Rise in Home Prices Since the Last Election

"Home appreciation, a nightmare for first-time buyers and a godsend for sellers, is strongest in the current swing states, which tend to be going through a demographic shift," Realtor.com reported.

As swing states continue to lure residents from more-liberal locales, the political leaning of those so-called purple states become more liberal, the researchers noticed, which is why prices there are skyrocketing.

"Rising home prices can be good or bad, depending on whether you already own a home," says Realtor.com's Hale. "They create equity for owners that can be tapped for remodeling, invested in a business, or leveraged for a down payment on a future home. But for renters hoping to become owners, they can make the goal of owning a home seem frustratingly unattainable."

Lack of homes on the market has become a major issue for potential homebuyers nationwide.

The number of properties for sale is down the most in swing states, for the same reasons why home appreciation is the highest there, Realtor.com reported.

The Biggest and Smallest Homes

Homes in the redder states of the South and Midwest, where zoning is less strict and construction labor is typically less expensive, it is easier, as Realtor.com puts it, "to go big."

The fact that Utah had the most median square footage (2,546 square feet) while homes in Washington, DC had the least (1,136 square feet) backs this up.

Homeowners tend to be a little more conservative than renters, says John Weicher, director of the Center for Housing and Financial Markets at the Hudson Institute, a conservative think-tank in Washington, DC.

"If you own your own home, you've got [more of] a stake in society," says Weicher, who served as an assistant secretary of housing for the U.S. Department of Housing and Urban Development in the first term of President George W. Bush. Homeowners, he notes, are more likely to want to protect their net worth and vote on issues that can affect their finances, such as taxes.

2020-10-26
Christina Hughes Babb
Previous: The Week Ahead: Lending Compliance & Risk Management
Next: These Cities Have the Most Economic Struggles During COVID-19