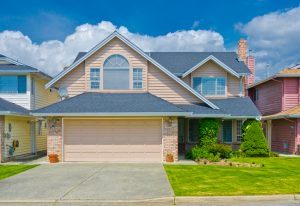 Tight housing markets across the country squeezed out more first-time buyers over the past year. A new survey by the National Association of Realtors shows that the share of first-time buyers in the market is at its fourth-lowest point since 1981.

According to the report, first-timers made up 34 percent of the buying market this year, compared to 35 percent a year ago. Even last year was notably below the generally considered normal figure of 39 percent.

NAR factored several considerations into the reasons why. For one thing, it’s been a seller’s market for some time. In most markets, homes for sale don’t last long under stiff competition to get them. That’s especially true at the lower end, where first-timers tend to flock in their search for properties, NAR reported.

“The dreams of many aspiring first-time buyers were unfortunately dimmed over the past year by persistent inventory shortages, which undercut their ability to become homeowners,” said Lawrence Yun, NAR’s chief economist. “With the lower end of the market seeing the worst of the supply crunch, house hunters faced mounting odds in finding their first home. Multiple offers were a common occurrence, investors paying in cash had the upper hand, and prices kept climbing, which yanked homeownership out of reach for countless would-be buyers.”

Increasing student debt, the report stated, has also become a key problem for younger buyers. The average first-time buyer’s age has hung steady at 32, but Millennials face now an average of $29,000 in student loan debt. That’s up from $26,000 in 2016; more than half owe at least $25,000. And, of the 25 percent who said saving for a down payment was the most difficult task in the buying process, 55 percent said student debt delayed saving for their home purchase, the report found.

“Even in markets with a plethora of job opportunities and higher pay,” Yun said, “steep rents and home prices make it extremely difficult to put savings aside for a down payment.”

One uptick in the otherwise gloomy first-time-buyers world is the increase in single women buying homes for the first time. According to NAR, solid job prospects, higher incomes, and improving credit conditions among single women have them the second-largest buyer type, behind couples. In the past year, single women have become 18 percent of the buying market‒‒matching a 2011 high‒‒and are increasingly buying more expensive homes. Single men and unmarried couples buying remained at 7 and 8 percent, respectively.

One other bright spot is that fewer people have reported trouble getting a mortgage this year, compared to last. According to NAR, 34 percent of mortgage seekers said they had difficulty getting a mortgage. That compares to 37 percent a year ago.

Still, the reality for first-time buyers is that they are cash-strapped in a market in which houses go quickly amid heavy competition.

“Many of those in the market to buy a home this year had little room to negotiate,” said Yun. “Listings in the affordable price range drew immediate interest, and the winning offer often times had to waive some contingencies or come in at or above asking price to close the deal.”