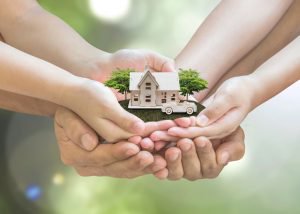 Fewer traffic troubles and more wiggle room might not be the only perks of small-town living, according to data analysis company WalletHub. Besides offering a respite from the hustle-bustle lifestyle of America’s larger locales, setting down root in a smaller city could also put a much teenier dent on your wallet, the entity reports.

For an idea how this all shakes out in the real world, have a quick look at this scenario offered up by the Economic Policy Institute (EPI): The cost of living for a two-parent, two-child family in Hanford, California (about 200 miles away from super glitzy and also super pricey San Francisco), for instance, would be nearly 1 percent less than the median U.S. household budget of $5,312. Juxtapose that with 44 percent more for that same fam in San Fran and you can see what EPI and WalletHub are getting at.

But with so many petite places from which to choose, which ones are the cream of the affordable small-town crop? WalletHub analysts scoured 1,268 cities across five key dimensions: affordability, economic health, education and health, quality of life, and safety. For its sample, the company chose places with population sizes between 25,000 and 100,000 and considered only the “city proper” in each case, dismissing cities in the surrounding metro area.

Topping the list at No. 1, Ivy League town Princeton, New Jersey, snagged a total score of 73.36. Lexington, Massachusetts, garnered a 72.67 ranking. Leawood, Kansas, swooped in to score at 71.68. Back in the Northeast, Milton, Massachusetts, came in at No. 4, with a 69.14, barely edging out Brentwood, Tennessee, which recorded a 69.13 ranking.

Previous: Mortgages: Goals and Performance Results
Next: Freddie Profits Despite Litigation in Q3