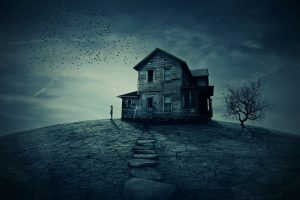 Living in the same home as ghosts and goblins might not sound appealing for many people. However, a new report found that millennials wouldn’t mind having a supernatural roommate if that home was affordable.

Clever states that millennials, in most cases, have waited longer to become homebuyers compared to baby boomers due to rising student debt, low wages, and lack of affordable housing.

When millennials do get a chance to buy a home their financial constraints are evident, as 31% of millennials surveyed are interested in spending under $200,000—limiting their options.

ValuePenguin said that the population of homeowners under the age of 35 fell from 9.2 million in 2009 to 7.3 million in 2016. Additionally, the number of millennials who are renting during that same period increased from 14.6 million to 15.2 million.

Previous: What’s Next After The Fed Cuts Interest Rates?
Next: Stagnant Homeownership in America