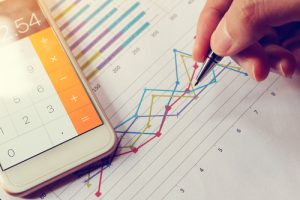 The risk of mortgage application defects has dropped across the nation, but in the states ravaged by hurricanes, it seems that trend has gone out the window. According to the September 2017 Loan Application Defect Index released this morning by First American, defects are on the rise in both Florida and Texas.

At the national level, the total frequency of “defects, fraudulence, and misrepresentation in the information submitted in mortgage loan applications is down,” dropping 1.2 percent from August to September. It’s also down 18.6 percent since its high point in October 2013, but up more than 20 percent since September of last year.

September marked the second month this year that defects did not rise, according to Mark Fleming, First Am’s Chief Economist.

"In July and August, we reported that the Loan Application Defect Index didn't rise, which was good news given that loan application defect, fraud and misrepresentation risk had risen throughout 2017," Fleming said. "In September, the overall risk of defects, fraud, and misrepresentation declined for the first time this year, although there are regions with higher defect risk due to recent natural disasters."

In Florida, the risk of defect rose 2.2 percent for the month, and in Texas, it jumped by 1.2 percent over August. Rates of defect had been on the decline prior to Hurricanes Harvey and Irma. According to Fleming, this uptick was to be expected.

"Unfortunately, historical data indicates that natural disasters and loan application defect risk go hand-in-hand," Fleming said. "Our defect, misrepresentation and fraud risk index identified signs of this risk trend in Texas and Florida this month and particularly in Houston, where risk increased the most among all the major markets we track."

Houston, in particular, experienced a big rise in risk, with the frequency of fraud, misrepresentation, and other defects jumping 7.2 percent for the month. This was the largest month-over-month uptick in all the nation’s top 50 markets and is likely due to severe flooding in the area.

“Flooding is associated with elevated risk for misrepresentation of collateral risk condition,” First Am reported.