Migration Patterns: The States Homeowners are Flocking to 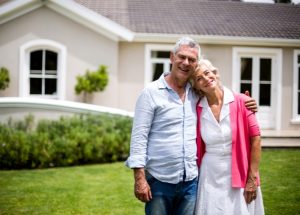 A new study by LendingTree examined the migration patterns of residents wanting to relocate to a new state, finding that the South is leading the way in terms of moving trends.

Leading the pack, Florida was the top new destination for 18 out of 50 states. Two of the states in this category are Alabama and Georgia. This aligns with an overall trend that LendingTree found that the majority of out-of-state movers often choose a bordering state to move to.

However, not all states in which Florida was the top relocation destination are nearby. Illinois, Idaho, and Ohio also had the largest percentage of their residents who are looking to relocate choose Florida as their desired destination. In 16 states where the top re-location destination was not a bordering state, the desired location was Florida.

While this included Texas, overall Texas residents are happy to stay put. The Lone Star State has the highest percentage of residents who are looking to move in state vs. out of state. More than 92 percent of purchase mortgage requests from Texas residents were for Texas properties.

Vermont wasn’t so lucky—it leads the nation in out-of state mover popularity, with only 75.93 percent of requests in Vermont for in-state properties.

Previous: A Look Back at Hensarling’s Financial Positions
Next: What Does Lennar’s Billion Dollar Merger Mean for the Market?