Home >> Daily Dose >> Taking on the Challenge of GSE Reform

Taking on the Challenge of GSE Reform

Mark Zandi is the Chief Economist with Moody’s Analytics, where he directs economic research. His broad research interests encompass macroeconomics, financial markets and public policy. His recent research has focused on mortgage finance reform and the determinants of mortgage foreclosure and personal bankruptcy. Zandi frequently testifies before Congress on topics including the economic outlook, the nation’s daunting fiscal challenges, the merits of fiscal stimulus, financial regulatory reform, and foreclosure mitigation.

In March, Zandi and several housing policy experts (Jim Parrott, Gene Sperling, Lewis Ranieri, and Barry Zigas) wrote a white paper containing a proposal to replace the GSEs with a corporation, the National Mortgage Reinsurance Corporation (NMRC) and expanded on that proposal with another white paper in June. Zandi wrote an essay in April on the proposal to replace Fannie Mae and Freddie Mac with the NMRC. He recently spoke with MReport about GSE reform and about the proposed creation of the NMRC.

What will be the results or consequences (if any) if the status quo of the GSEs continues?

The status quo, with the GSEs in conservatorship, is not sustainable. Since the GSEs will soon operate with no capital under their current arrangement with the government, there is a meaningful risk that they will eventually need additional help from taxpayers. There is no way of knowing how investors in mortgage backed securities will react to this, and thus what impact it will have on mortgage rates.

The uncertainty surrounding the GSEs factors into investment decisions by lenders and investors. Lenders worry about the possibility that the current system and processes will be modified or replaced in the future. Investors wonder about the future liquidity of the mortgage securities they are purchasing. All of this results in less and more costly credit for borrowers.

There are also reasonable questions whether the GSEs in conservatorship will be sufficiently innovative to provide mortgage loans to fast-growing demographic groups that have very different financial requirements than current borrowers.

Why do you believe the NMRC will be more effective than the current format of the GSEs?

The NMRC system ends the reliance of our housing finance system on taxpayers and on too-big-to-fail financial institutions. Since the infrastructure that mortgage market participants depend on is in a government corporation, no private institutions are indispensable to a healthy, functioning secondary market simply by controlling its infrastructure or taking a significant share of the system’s credit risk. A wide range of private capital sources take on the credit risk in the NMRC system, including the capital markets, reinsurers, private mortgage insurers, lenders and other private entities. None of which are too-big-to-fail.

The NRMC is also able to maintain the benefits of today’s system at no risk to taxpayers. The first 3.5o percent of potential loss will be covered by private capital in the NMRC system via the risk transfer process, while the next 2.5 percent of potential loss will be covered by preferred shareholders. And just in case there is an even more severe cataclysm in the future, a mortgage insurance fund would cover the next 2.5 percent of loss. The FHFA, the regulator in the NMRC system, would also have the authority to claw back any losses taxpayers suffered by charging a higher insurance fee after the crisis passes and the economy normalizes.

In June, you mentioned that you thought the NMRC would be profitable enough to attract investors. Do you think the “third amendment” or net worth sweep will discourage some investors from participating?

The legislation establishing the NMRC would end the current net worth sweep. The NMRC would set its guarantee fees to cover its operating costs and expected losses, meet its mandate to achieve the affordable housing goals and duty to serve requirements, and provide a market return to its preferred shareholders. 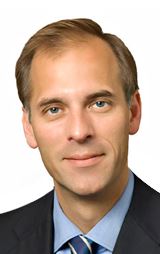 You mentioned the challenges associated with a corporation replacing the GSEs would be the central role of the government and the lack of competition in managing the secondary market infrastructure. How should these challenges be addressed?

To be sure, by putting the secondary market functions into a government corporation, we give up some competition for access to this market. How much is difficult to tell, as regulators would inevitably impose significant limitations on the discretion that they would allow private companies providing these functions, given the benefits of standardization and the importance of managing risk and consumer protection in the system. And as we learned in the crisis, not all of that competition and innovation would be beneficial to consumers or the stability of the market, but surely much of it would.

Moreover, by putting the key infrastructure into a government corporation, we level the playing field for lenders of all sizes to compete rather than become beholden to the larger institutions that have gained an advantage in times past by taking control over access to the secondary market. Our system also promotes competition in the secondary market across a wider range of sources of private capital, including capital markets, reinsurers, private mortgage insurers, lenders and other private entities.

It is also important to remember that as a government corporation, the NMRC will have considerable flexibility. It does not face the same constraints in rule-making or employee compensation as a government agency, for instance, nor depend on Congress for funding. This will allow the NMRC to function with more of the flexibility of a private entity, which will be critical in managing an infrastructure as complex and fluid as our housing finance system.

Other than GSE reform, what are the main changes you think need to be made to housing policy, if any?

The key near-term challenge for housing policy is how to expand the availability of mortgage credit to creditworthy borrowers. Since the financial crisis, credit has been significantly impaired when compared to past more typical times. This is unnecessarily hurting the ability of renters to becoming first-time homebuyers, and homeownership has slumped. Greater homeownership is important for households working to build their financial futures, the communities they live in, and the broader economy. Policymakers need to work to identify the causes for the tight credit box, and to open it in a responsible way.